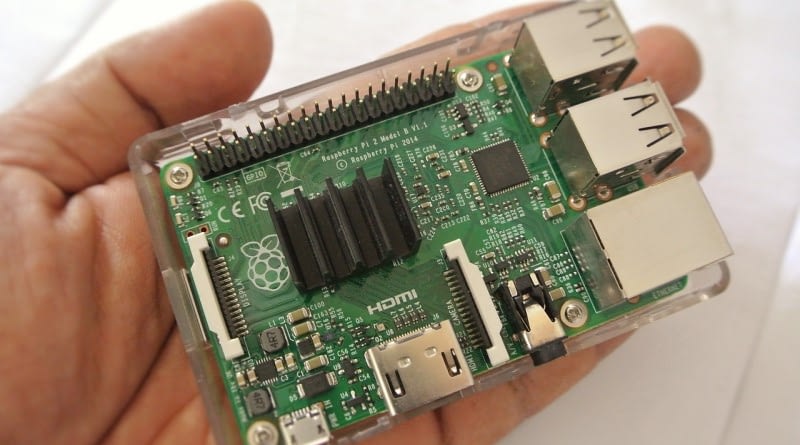 Running a full Bitcoin node doesn’t require a very powerful computer. You could run one on your desktop, in theory.

Nevertheless, running a node on your desktop might interfere with the tasks your computer is performing in parallel. Additionally, you would need to keep your computer running 24/7 for the node to be up to date, and your hard drive will start filling up with blockchain transactions at a rate of about 5GB a month.

Luckily, you can buy a small, affordable computer called a Raspberry Pi, plug an external hard drive in and start running your node there.

What is a Raspberry Pi?

Before you switch to a Raspberry Pi, it is important to understand what it is.

The Raspberry Pi is a small computer that can be connected to a monitor, a keyboard, a mouse and the internet. Its greatest advantage is its price. There are a number of kits available on Amazon that cost between $35 and $90.

All of them include a Raspberry Pi and other elements necessary to run it just like you would run a desktop computer.

How Convenient is it to Run a Bitcoin Node on a Raspberry Pi?

The relatively low cost makes this computer accessible even for people who are on a budget. That makes it convenient for anyone looking to install a full Bitcoin node at home without using their personal computer.

The only thing left to do is to set up the device, set up the node and start working with it.

You could just go ahead and set it up all by yourself, following the instructions on Bitcoin.org. But other people who have already gone through the process, offer their own solutions on GitHub and other websites, allowing you to skip a few steps.

This makes it even more convenient for you to run a full Bitcoin node on a Raspberry Pi.

Some people even offer to ship a fully functional Bitcoin node on a Raspberry Pi to you, saving you the whole installation process.

These fully loaded Raspberry Pi nodes often come with most of the blockchain preloaded, which can save you the initial data consumption that syncing a node from scratch requires. That is really convenient!

A Word of Caution

There are malicious actors out there who would exploit the convenience those shortcuts afford to scam you or preload malware into your device.

Just make sure you trust the person you are buying the device from or the source of the software you are downloading if you would like to take the shortcut.

Otherwise, it would be better for you to buy your own device and follow the instructions on Bitcoin.org.

Your Raspberry Pi Should Run Seamlessly

Whether you decide to set everything up on your own or buy a Raspberry Pi with a preloaded node on it, once you get it running, you will be able to forget about it.

Your node will no longer compete with other apps for computing power on your desktop computer and will keep on running 24/7.

As long as you have enough bandwidth on your internet connection to run your node and conduct your daily internet activity, your Raspberry Pi node will run seamlessly, giving you all the financial freedom you were looking for.

You can also get a raspberrypi and run a node or a synology/QNAP NAS with docker, and at least 2GB ram and run a Bitcoind and LNd installation to connect to these instances, if you want electrum, you will need an SSD and 6gb ram at least. Also there's @nodl_it and @CasaHODL