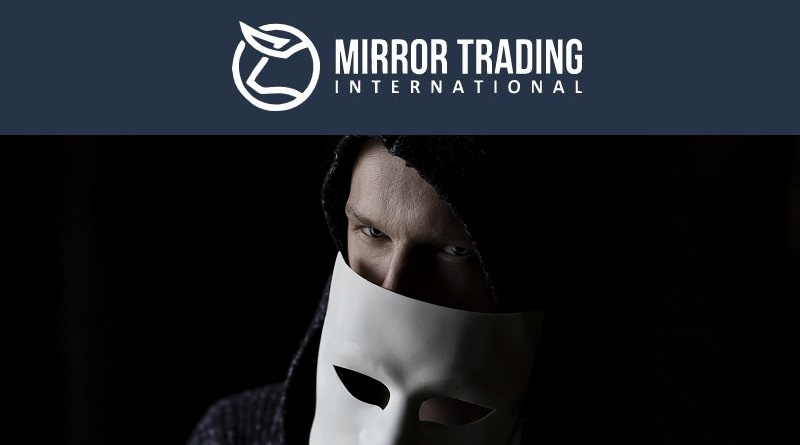 Another day another scam. This time we would like to turn your focus to Mirror Trading International. The company offers to do some AI-powered Bitcoin trading for you to allow “your Bitcoin to grow daily.”

Bitcoin doesn’t grow on trees. AI can’t make it grow either. Those claims are clear indicators of the Mirror Trading International scam.

If you go beyond that simple misrepresentations of how Bitcoin works, you will find suspicious activity from the start:

Why wouldn’t MTI just keep on making money by itself? Why does it want you to invest? It was clearly working before they took investors; there is no reason to share profits.

If you take a look at the information about MTI offices, the picture starts getting murkier:

Why would MTI, an AI-based company, need 2 offices? They should be running everything on servers, and from Google street view, we doubt either location is conditioned to run servers for the 170,000 members they claim to have.

You could say they rent their servers from providers like Amazon.

From a logistical perspective, nothing about MTI makes sense. But if you want to keep on going, check the promotional video out. Just about a minute or so into the clip on YouTube, you must ask yourself:

You should keep this last question in mind when we go into our Mirror Trading International review.

At this point you should be asking yourself, how deep do you want to go into the rabbit hole? We have a lot more information that proves MTI is a scam.

Here is a look at MTI’s website if you didn’t get enough of the red pill yet:

The clip above is egregious, but there is still an ounce of truth behind it. Any Mirror Trading International review must consider the fact that a South African-based businesses must comply with the law in South Africa.

Regardless of where you are in the world, you should let that sink in. Obviously, the Bitcoin space is not regulated. Nevertheless, exchanges must comply with the law of the country they are based in. If local laws and regulations are weak, then you might not want to trade with said company.

To continue with our Mirror Trading International review, we are going to leave those legal and logical arguments behind to focus on the profits. MTI does not promise you any profits. Nevertheless, you should be aware of the following:

Which Mirror Trading International review would be complete without a look at the trading platform? Except that they will not allow you to see or test it unless you sign up.

We will not sign up. At this point we are pretty convinced that MTI is a scam.

However, you might not be convinced that MTI is a scam yet. That is fair.

The following information should put any doubts to rest:

Apart from the issue with the withdrawals, there are numerous users commenting on Google about this business.

Those comments seem to support the information we got from our sources and our own Mirror Trading International review:

If you are still asking whether or not Mirror Trading International is legit, you are asking a loaded question. We went through the legal status of the company and the regulatory aspects of its operations. According to those MTI is legit, for now.

So, we encourage you to abandon that line of questioning and focus on the functional side of MTI. Ask yourself:

Like always, we would encourage you to do your own research – DYOR. We know that MTI is a scam, so it is harder for us to still encourage you to go to other sources to complement our information.