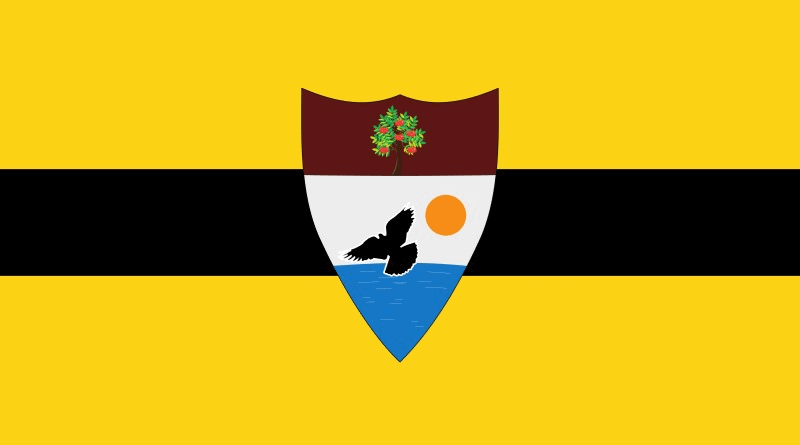 Let’s face it, most Bitcoin holders just can’t find the right country to live in. We have so few people in positions of power around the world who would advocate for true freedom, that we are basically stateless. At least until Liberland becomes a fully-fledged sovereign nation.

Liberland is our dream, although it only has a very small chance of becoming a reality. Here is a little more about this exciting project for libertarian sovereignty, why it isn’t a nation yet, how Bitcoin plays a role in keeping that dream alive and what has to happen for it to become a reality.

To live and let live

Before Liberland there was International Law

Some might say libertarians don’t like laws. They couldn’t be more wrong. What we care about is the level of government intervention. We actually love laws, when they are logical, provide a framework of equality of opportunity and are applied even-handedly. International law is far from satisfying any of these parameters, but we must work within that framework unfortunately. Here are the conditions that Liberland would have to satisfy, under the Montevideo Convention of 1933, in order to become a sovereign nation:

Liberland does not comply with the first one for sure. Its defined territory is also subject to international dispute. Government and capacity to enter relations with other states are partially in place – there is a president and Liberland representatives in 80 countries – and could be further developed once the population and a defined territory is there.

Why the Montevideo Convention?

Although these are conditions set forth by the Montevideo Convention, which was only signed by states in the Americas, the conditions are binding for other nations. This is because the convention merely codified what was already customary international law. Many other countries, including EU member nations and Switzerland, accept these principles. Since Liberland – through its charismatic leader, Vít Jedlička – has claimed a narrow piece of land on the Danube river, that is adjacent to Croatia, and Croatia is an EU member, the Montevideo principles are especially important.

None other than Dr. Ron Paul was with us last night at Anarchapulco to receive his Liberland passport as recognition of his lifetime achievements for liberty. #Liberland #libertarian #Acapulco #Mexico #RonPaul pic.twitter.com/itZfGPjozy

Does Liberland Have a President and Permanent Population?

Some might say that Liberland already complies with the Montevideo principles. Since Vít Jedlička claimed the territory for Liberland, he has been acting as the de facto leader of the emerging nation. In his capacity as the president of Liberland, he has been granting citizenship to applicants. These people should be, at least in theory, a population. The issue with the argument for a permanent population has more to do with how that population is connected to the territory. Permanent does not imply that they are citizens, but that they are permanently within that defined territory that Liberland claims.

Stuck Between Balkan Nations that Used to be Part of Yugoslavia

Here is where the whole bid for nationhood starts getting murky. Vít Jedlička claimed a 7km^2 piece of land called Gornja Siga on the banks of the Danube river. That piece of land is currently part of an international territorial dispute between Serbia and Croatia – the two biggest belligerent parties that fought each other when Yugoslavia broke up into independent nations.

This narrow strip of land that is comparable to about 1% of the landmass of tiny Singapore, is on Croatia’s side of the Danube. Nevertheless, Croatia has not declared this piece of land as part of its territory. In fact, some texts point to Croatia recognizing this strip of land as part of Serbia. Serbia apparently has not claimed this land as part of its own because in doing so it might create a precedent that can harm its case in a wider territorial dispute with Croatia. Therefore, Vít Jedlička claimed that this territory is Terra Nullius. This means no one’s land, or legally uninhabited.

No One Allowed on Liberland

The dispute between Croatia and Serbia for this small piece of land is complex, but both countries agree that this is not Terra Nullius even if no country has claimed it. Therefore, people trying to make their way to Liberland using the Danube – an international waterway – are prevented from disembarking there. This prevents Liberland from having a permanent population in this piece of land, in the sense that the population must be in the territory claimed as a nation.

Fun Fact: Since Croatia opposes the creation of Liberland, even if the country is given legal status as a country and applies to be an EU member, it is unlikely to be able to join the European Union. Any EU member can veto the accession of any prospective member, and Croatia should be expected to use that veto against Liberland. Croatia should also be expected to resist efforts to populate Liberland even if that entity wins control over the strip of land it claims legally.

Liberland: A Long Shot Supported by Many in the Bitcoin Community

No one said that claiming a small piece of prime real estate on the banks of the second longest river in Europe would be easy. Nevertheless, Liberland has the support of many in the Bitcoin community. This is due to the libertarian nature of its constitution and the belief that Liberland will be free from welfare state perils such as taxation and hard borders.

The official currency of Liberland is the Liberland Merit or LLM, however. This token was built on top to the Bitcoin Cash blockchain, using Simple Ledger Technology. When it launched, the token had a market cap of $1.1 million USD. As of now Liberland has probably a better chance at statehood than the Liberland Merit has at succeeding as a cryptocurrency, but the point is that Liberland, being a libertarian state, accepts the use of multiple cryptocurrencies.

No Tax and Respect for Private Property

The nation’s tax benefits would be attractive to any Bitcoin holder, as well as the private property protections that Liberland has enacted. So, there is a lot of common ground between the project and the Bitcoin community, despite the LLM being a Bitcoin Cash-powered token. These are the reasons why Liberland would be a perfect nation for so many Bitcoin holders, and hopefully, one day it joins the family of nations as a sturdy proponent of the libertarian principles so many of us cherish.