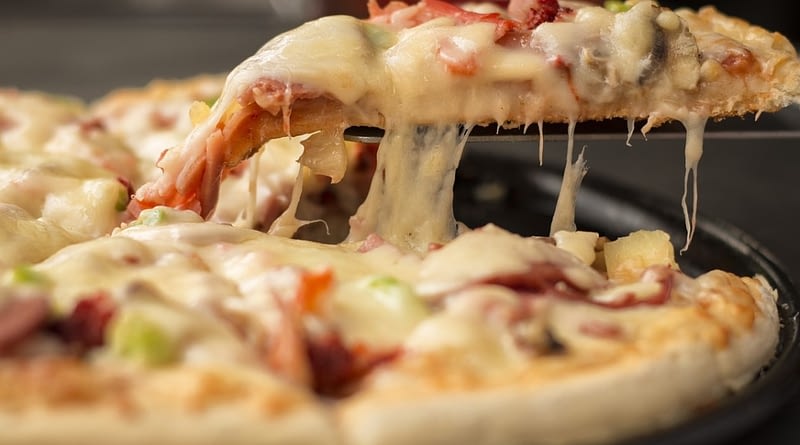 May 22, 2010 has gone down as one of the most historically significant days in the short – yet eventful – history of Bitcoin. On that day, an early Bitcoin adopter named Laszlo Hanyecz, completed the first documented purchase of a good using the mother of all cryptocurrencies. The goods he purchased were two Domino’s pizzas, from a Bitcointalk user named jercos. The price tag for both pies was 10,000 BTC or approximately $41 USD according to the exchange rate quoted on the now famous Bitcointalk post.

The Significance of Bitcoin Pizza Day

Many say that the price, over time, was too high. Maybe Laszlo should have held on to his coins, after all they had the potential to be worth millions. Nevertheless, he went through with the purchase and that deal turned the fate of Bitcoin around. Bitcoin Pizza Day showed that Bitcoin can be used as a medium of exchange, that it is not an esoteric, nerdy digital money that can’t break out and be adopted.

The choice of pizza was also crucial. There are few goods that are more commonly bought than pizza; it is a staple of culinary culture that everyone has access to. Laszlo chose pizza because he likes it, but inadvertently – presumably – he picked a kind of food that those who might have been intimidated by Bitcoin at first, would feel identified with.

Apart from achieving the historic feat of having the first documented purchase of a good with Bitcoin and making that good one of the most popular types of food out there, Laszlo also got a few individuals to reply to his original post. Two Bitcointalk users replied from Europe, showing their willingness to purchase the pizza, but ultimately declining because they were not in the US, which they thought might make it difficult for them to call Domino’s and put a pizza on their card.

The unsung hero of Bitcoin Pizza Day, however, is the guy who ultimately got the pizza’s delivered to Lazlo. Jercos is not as well known as Laszlo Hanyecz, although he is equally important in terms of the historic significance of this transaction. Without a party willing to sell, there is no deal, and at the time jercos took a leap of faith that is equally valuable to the one that Laszlo Hanyecz took.

To highlight just how unusual it was at the time to find a willing party to do a simple Bitcoin transaction for a good with, and how jercos willingness is equally important, you just need to take a look at Laszlo’s original post date. Laszlo Hanyecz posted his Bitcoin pizza post on Bitcointalk on May 17th, and his order took 5 days to arrive. During those 5 days no one else stepped up. Nowadays getting a pizza with Bitcoin would probably take 30 minutes, just the same amount of time it would with fiat.

So now thanks to Laszlo Hanyecz, jercos, and Bitcointalk, we can order pizza and many other goods and services using Bitcoin. You can have any of the toppings that were on the original Bitcoin pizza. You can seven order a plain cheese pie with the Bitcoin logo in the middle. Order whichever topping you like and celebrate Bitcoin Pizza Day. It is definitely worth it.

When you order, also keep in mind how expensive those first 2 Bitcoin pizzas were. 10,000 BTC is a lot of money nowadays, but the argument is that by spending what looks like a ridiculous sum of money in hindsight for pizza, Bitcoin usage rates picked up. Once that first documented deal came through, more people caught on as well, driving adoption. That arguably made any coins that Laszlo owned, more valuable, which means that the deal was also worth it for him personally.

Laszlo has said that he does not regret spending 10,000 BTC on pizza. He actually did it again, purchasing 2 pizzas over the Lightning Network on February 25th, 2018. This purchase proved, once again, that this new payment network on which you can make quick micro-transactions with Bitcoin, works.

This time around, Laszlo paid the equivalent of $61 USD or 0.00649 BTC, which is a small fraction of what he paid for the original Bitcoin Pizzas. Nevertheless, there is no way of knowing how much that 0.00649 BTC will be worth a few years down the road, but it doesn’t matter. It seems that Laszlo Hanyecz’s role in Bitcoin history is to be the one that shows people that there is a practical use beyond the complex math behind cryptocurrency.

Hopefully his Lightning Network purchase will have the same kind of effect that the original Bitcoin Pizza purchase had. In the meantime, if you like pizza and you like Bitcoin, make sure you celebrate Bitcoin Pizza Day on May 22nd. If possible, pay with your pizza with BTC and support the use of Bitcoin as a currency.

One thought on “What Is The Deal With Bitcoin Pizza Day?﻿”