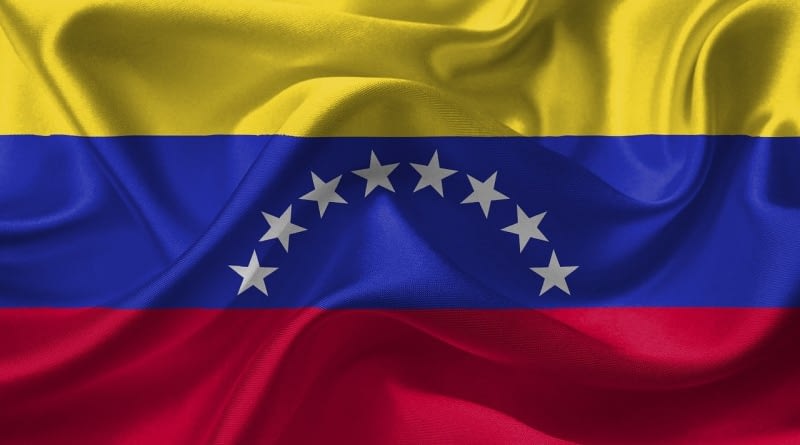 The Venezuela Bitcoin love affair continues as the people embrace crypto and the government tries to limit individual rights.

Bitcoin is the asset of those who at the very least, doubt their government, the financial system and fiat. As a decentralized currency that doesn’t care about borders, Bitcoin allows people who live under oppressive or faltering regimes a way out. If fiat money fails, then Bitcoin allows them to trade and even to transact beyond the borders of the country they live in. But the case of Venezuela illustrates just how hard borders are tough on Bitcoin, to the point of preventing it from fulfilling its role completely.

Venezuela as an Example for Bitcoin

Venezuela has been ravaged by years of populist governments that undermined the economy until it collapsed. With inflation at 6 digits according to unofficial accounts, Venezuela is the best test case for Bitcoin as a reliable medium of exchange when the national currency fails.

Nevertheless, Bitcoin is much more expensive in Venezuela than it is in a comparable country that has a more stable and freer economy. The same capital controls that have played a role in the demise of the Venezuelan economy, now make Bitcoin prices there higher than anywhere else. That is because a hard border when it comes to trade and capital flows, affects the overall local Bitcoin supply.

It is extremely hard to determine the exchange rate of the Venezuelan Bolivar to any other currency in order to compare Bitcoin prices. The official rate of 10 to 1 with the US Dollar – roughly 10 Bolivars should be equal to 1 US Dollar – are completely divorced from reality. Therefore, a more realistic exchange rate based on purchasing power can be useful.

So, let’s do the math and understand how to compare Bitcoin prices in Venezuela with those elsewhere. Let’s take café con leche prices in Colombia, Venezuela’s neighbor to the West, as a comparison. In Venezuela as of September 11, 2019, the price of a cup of coffee with milk was 14,000 Bolivars on average according to Bloomberg. The same cup of coffee with milk across the border at a run of the mill cafeteria will set you back $1.20 US Dollars. Therefore, we can take 14,000 Bolivars to be worth around $1.20 USD in terms of purchasing power. That gives us an exchange rate of 11,667 Bolivars to 1 US Dollar.

The Price of Bitcoin in Venezuela Using Purchasing Power Parity

Based on that figure, we can calculate the price of a single Bitcoin in Venezuela. LocalBitcoins, one of the most popular Bitcoin exchanges in Venezuela has a number of offers for sales at a rate of between 190 to 198 million Bolivars per BTC. If we take the exchange rate to be somewhere around 195 million Bolivars per BTC based on the purchasing power exchange rate, we get a Bitcoin price of $16,713.80 US Dollars in Venezuela.

Bitcoin Prices in Venezuela: The Supply Side

Bitcoin prices in Venezuela are roughly 60% higher than the price on CoinMarketCap. Assuming that demand for Bitcoin is comparable to demand for any other foreign currency in a country plagued by record-setting hyper-inflation, the supply side is what will determine the price. In other words, some of that 60% premium is due to demand outstripping supply.

The Venezuelan currency does not work and trading with Bitcoin could be safer in a country with stringent capital controls. Therefore, the supply side of Bitcoin markets in Venezuela is exactly where the hard borders come into play. Thanks to cheap electricity, Venezuelans turned to mining Bitcoin to supplement their dwindling purchasing power. Those coins that were mined in Venezuela, underpin the Bitcoin market there, which is worth around $10.5 million USD according to latest figures (120 billion Bolivars).

Apart from oil sale proceeds and remittances, there is no foreign money coming into Venezuela really, which makes it a country with an extremely hard border. In Argentina, a country that has its own history with capital controls, but still has a functioning economy with foreign funds flowing in, the border is not as hard. That situation is directly reflected in Bitcoin prices there. According to LocalBitcoins prices, BTC in Argentina is trading at a 12% premium from CoinMarketCap prices roughly. That is despite the recent tightening of capital controls in that country.

In Argentina, demand has not outstripped supply as much as in Venezuela, despite having a similar market for Bitcoin – Argentinians traded around $14 million in BTC on September 16th, 2019. This shows how the harder the border gets, the tougher it is on Bitcoin prices.

Bitcoin: Safe Haven in a World with Open Borders

Bitcoin is supposed to be that hedge that helps people out of a situation like the one in Venezuela, or even Argentina. The lesson that people should learn, however, is that as borders get harder, that safe haven becomes more elusive. Bitcoin’s accessibility and its effectiveness as a means of exchange internationally, depend on open borders. Governments tend to harden their borders when times get tough.

Hedge Yourself Now and Avoid Headaches in the Future

Bitcoin’s role as a hedge diminishes to an extent when governments close borders. It also becomes more expensive even if it plays a more limited role in terms of access to international markets when governments impose capital controls. Those waiting for evident changes in this regard before they start hedging themselves with Bitcoin, will have to pay the premium.

Bitcoin might not care about borders, but borders affect the market for Bitcoin. The best thing you can do if you are looking at Bitcoin as a safe haven or as a hedging opportunity, is to buy before your local government either turns against it – China – or imposes capital controls – Argentina and Venezuela.