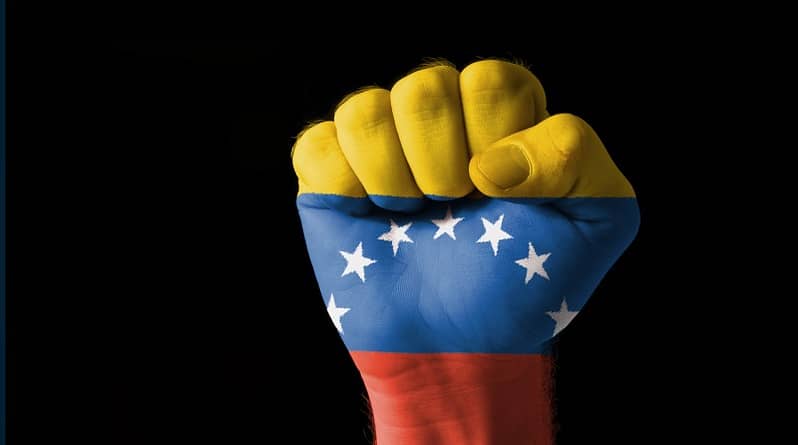 Compare that to Argentina, where the trading volume for the same week was only $500 000. So, is the Venezeulan crisis fuelling Dash and Bitcoin? Let’s take a look.

(Disclaimer: Venezuela adopted a new currency on 20 August 2018- changing from VEF to VES. The figures in this article are in line with the change, and have been adjusted to the new currency.)

A bit about the crisis

In Venezuela, the government of President Nicolás Maduro and the opposition have been engaged in a power struggle for the last year or so. Opposition lawmakers have been banned from running for office, some have been arrested, and others have left the country altogether. The UN has accused the government of instilling fear in its citizens as a way to retain power.

Venezuela has been in a downward spiral for years. Growing political upheaval has fuelled hyperinflation, power cuts, internet cuts, and shortages of food and medicine.

Around 5 million Venezeulans have left their home country in the last couple of years, leading to an ever-growing socio-economic crisis that has seen the country all but ripped in half.

Increased demand means that Bitcoin is trading at a premium. Mid-range sellers of LocalBitcoins are selling Bitcoin for more than the standard market price worldwide. Currently, Bitcoin is going for anywhere between $9609.90 and $9332.44 – both of which are more than the current price of $9319.79. However, BTC on LocalBitcoins will generally trade high, so these prices aren’t limited to Venezuelan traders.

Dash, Venezuela’s preferred cryptocurrency, is thriving. Since 4 January, Dash’s price has risen from $45 to $104.20, which is a massive increase in market value. Many analysts have said that Dash’s rising price has a lot to do with the rate of adoption that it’s experiencing in Venezuela.

Burger King recently announced its plans to accept Dash as a payment method in forty of its restaurants in the country. This kind of high profile announcement has furthered speculative investment worldwide.

How does the internet shut down affect this?

The provider then restored access, only for it to be shut down again on 13 January.

It’s certainly possible that this month’s internet shutdown has prompted more widespread Bitcoin and Dash adoption in Venezuela. Venezeulan citizens are turning to cryptocurrency as a way to escape hyperinflation and political corruption, and it’s working. However, sporadic internet access may have also caused traders to trade on certain days only, also explaining the high trade volumes this month.

Not only can people in Venezuela see how effective the cryptocurrencies are at combating hyperinflation and political upheaval, but it’s sparking conversations all over the world. We’re actually seeing Bitcoin put to the use that Satoshi intended, in real time – and it’s pretty remarkable how well it’s doing. Is the Venezeulan crisis fuelling Dash and Bitcoin? Almost undoubtedly – but that’s not what’s really remarkable here. What’s most exciting is that we can see these cryptocurrencies at work, and they’re providing lifelines to Venezeualans in the most interesting way.

On the one hand, Venezuela is on the verge of total collapse – its currency and most of its state entities have all but gone down the toilet. However, cryptocurrencies have shown up and are providing a level of stability to Venezuelans. Yes, stability – compared to the skyrocketing hyperinflation of the Venezuelan bolivar, the volatility of the crypto markets make cryptocurrency look like a dream. Is the Venezeulan crisis fuelling Dash and Bitcoin? Yes – although probably really only on a local level. However, what’s truly amazing here is how this technology has the ability to provide a haven away from the dire political and economic upheaval in Venezuela – and give a lifeline to the citizens who really just want to get on with things.