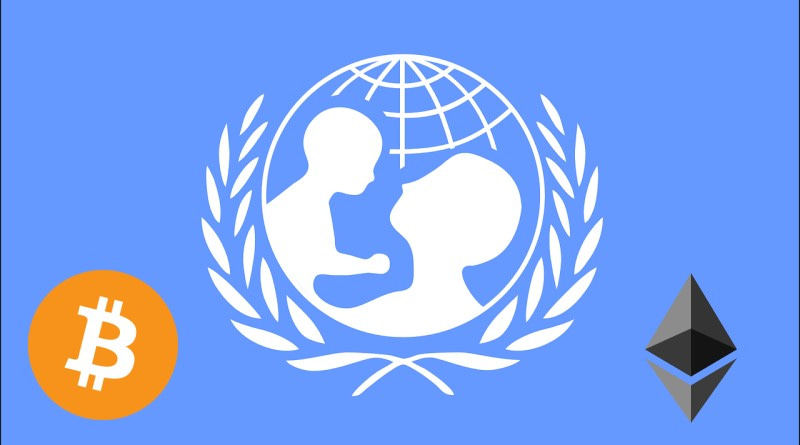 Bitcoin and other cryptocurrencies have the potential to completely change the face of international aid distribution. The World Food Program along with a few UN agencies, ran a pilot to distribute aid in refugee camps through EyePay, based on Ethereum. Now, the trend has spread to UNICEF which is adopting Bitcoin and other cryptocurrencies as a means to donate to its new fund.

About the UNICEF Cryptocurrency Fund

UNICEF is the first international agency to set up a cryptocurrency fund that can take in and disburse donations denominated in cryptocurrency. The Ethereum Foundation is also involved in the project, being one of its first donors.

UNICEF is involved in the research of blockchain technology. It will use these donations to fund programs around the world directly with cryptocurrencies. This can catapult blockchain-based innovation to new heights, taking advantage of the often-overlooked talent market that resides within the weakest segments of societies around the world.

The pilot that allowed the UN and other agencies to distribute aid at the Zaatari refugee camp in Jordan, opened the door for far more ambitious plans from other UN agencies like UNICEF. Now, the UNICEF Cryptocurrency Fund will use its first donations to connect schools across the world to the internet. In comparison to EyePay, which ran a similar campaign to raise funds using cryptocurrency, this initiative is orders of magnitude bigger in terms of scope and reach.

This not only shows how useful cryptocurrency can be when it comes to effecting change around the world. It also shows that international organizations like UNICEF and other UN agencies, are more likely to be the actors that contribute to cryptocurrency adoption.

Unlike governments, which have been reticent and are focusing on taxation, agencies like UNICEF are taking advantage of the features of currencies like Bitcoin. The cryptocurrency community on the other hand, has been eager to help out.

Cryptocurrency communities like Bitcoin and Ethereum have wealthy members eager to make the world a better place. This UNICEF Cryptocurrency Fund will allow them to donate directly. The benefits of donating cryptocurrency are plentiful:

All these advantages are also great for cryptocurrency itself. The UNICEF Cryptocurrency Fund will create de facto adoption from people who are unbanked and in need. As UN agencies continue to spread cryptocurrency around the world, the use of Bitcoin, Ethereum and other blockchain-based platforms have a better chance of becoming ubiquitous in places where traditional financial infrastructure is non-existent. This is definitely a win-win situation for UNICEF, its beneficiaries, and cryptocurrency enthusiasts all around.