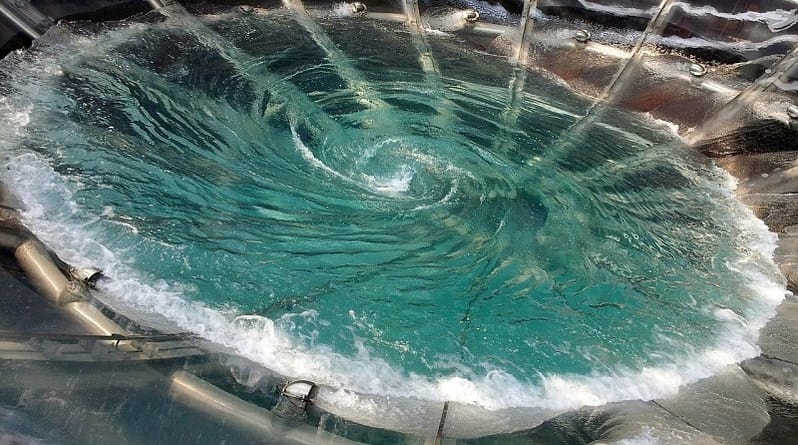 Contrary to popular belief, Bitcoin is not anonymous.

Some even call it pseudonymous because that describes the level of anonymity users enjoy on Bitcoin, more accurately.

Even though Bitcoin is low on the anonymity spectrum, privacy is one of the features that Bitcoin users covet the most.

To solve this problem, or to give users a higher degree of privacy on their transactions, developers have come together to design and deploy several mechanisms that will obfuscate Bitcoin transactions.

One of these mechanisms is Samourai Wallet’s Whirlpool.

Samourai’s Whirlpool is probably the most renowned CoinJoin – Bitcoin mixing – service out there.

It works based on a trustless mechanism, more accurately described as a trustless multi-party signature protocol.

Samourai’s Whirlpool basically does the following:

What is the Degree of Privacy that Whirlpool Bestows Upon its Users?

Whirlpool makes it more difficult for people or organizations that use analytical tools, to understand where the coins are coming from exactly.

The problem is that Whirlpool – or other CoinJoin mechanisms – is not ironclad. Therefore, the developers behind Samourai Wallet wrote an informative Medium post to help us understand how private our transactions will be if we use Whirlpool.

It all depends on how we use the service.

There are two main scores that are important to understand the degree of obfuscation that each CoinJoin pool has on Whirlpool:

These scores are based on the historic behavior of the users of the pool – backward looking – and the current size of the pool as well as their tendency to remix coins.

There is a lot of confusion around Anonymity Set in relation to CoinJoin transactions. We have invested in research quantifying, scoring, and ultimately hardening the Whirlpool anonymity set. Whirlpool Stats tool will be released to the public shortlyhttps://t.co/zno72n5ivS

Of course, the problem with CoinJoin on Whirlpool or elsewhere, is that even the mixing and remixing of fund within a pool cannot escape statistical analysis.

Since The values of transactions on Bitcoin are always known, it is possible to use analytical tools and statistic analysis to clear up much of the transaction muddling.

To overcome this, Greg Maxwell – who is credited with inventing CoinJoin – has designed a protocol to obscure transaction values as well.

So, Should you Use Samourai Wallet’s Whirlpool?

With this kind of encryption, a CoinJoin service such as Samourai’s Whirlpool, would bestow a much higher degree of privacy upon the user.

But until these systems are properly tested and deployed, added privacy cannot hurt. Therefore, using Samourai wallet’s Whirlpool is still a good idea, provided you are aware of its limitations.