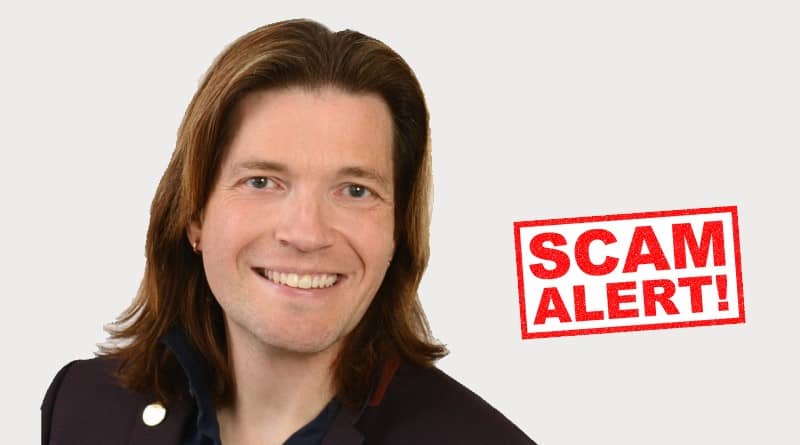 Another random guy has come out claiming he is Satoshi Nakamoto, or at least part of the group of people behind the pseudonym. Joerg Molt joins Craig Wright in claiming to be behind the creation of Bitcoin. But Kenneth Bosak exposes him live on Twitter in a clip that almost ends in a fist fight.

According to Molt’s now restricted Twitter account – or the account that is associated with Molt and might not be his – he is one of the co-creators of Bitcoin and has plenty of coins to go around.

We are all Satoshi!

Well, you could say that last one twice. Logically, if Wright claims to be Satoshi himself, and then Molt asserts that there is more than one person behind the Satoshi Nakamoto persona, then someone must be lying. The safest bet at this point is to assume they are both lying. Molt has promised to give 1 BTC to one of the random people who spreads his message. If that 1 BTC doesn’t come directly from Satoshi’s stash of 1 million coins, how can we unequivocally know that he is one of the people behind the Satoshi Nakamoto alias?

Craig Wright is not the inventor of Bitcoin. I know well who Satoshi Nakamoto real identities are.

RT and follow for a chance to win 1 BTC.

The truth is we can’t. Just as with Craig Wright, failure to move coins from Satoshi Nakamoto’s 1 million Bitcoin reserve, means that his claims are not verifiably true. So, why come out now and say that you are Satoshi? Anyone can do that and everyone who does must be greeted with the same level of credibility. In the end, we are all Satoshi, aren’t we?

Kenneth Bosak has gone out of his way to expose Molt as a scammer. The clip Bosak posted on Twitter on November 1st, shows him pointing at Molt and saying that he is a scammer, followed by a brief scuffle in which there were a lot of verbal threats and no physical altercations.

Confronting a scammer at @WorldCryptoCon

His name is @joergmolt and he is a scammer! pic.twitter.com/lMT4BP8FkK

This has been picked up all over Crypto Twitter and people are jumping on the bandwagon calling Jorg a scammer.

This is not the first time Jorg has been identified as a scammer. There is an entire website devoted to his previous scams as well as accomplices that have helped him promote his fake messages.

Jorg took it a step further and posted a picture of himself with Andreas Antonopoulos inferring some kind of credibility. Andreas quickly came out and denied any sort of relationship.

Apparently, a German person called "Jorg Molt" has been showing a selfie taken with me and telling people that we are friends

I have heard from others that he claims to be the founder of Bitcoin and has thousands of BTC. A LIE. pic.twitter.com/Bh97AZfvS5

There is a Reason Satoshi Disappeared

Beyond all the grandstanding, harassment and the need for attention, we should ask ourselves what we are doing to enable these bogus “I am Satoshi” claims. It seems that there are enough people out there who are still obsessed with who Satoshi is. These people give those who claim to be Satoshi, an audience. They do not make the claims more credible, objectively speaking, but they force our hand. Now we find ourselves writing about how ridiculous these claims are, hoping that it will be the last time.

There is a reason Satoshi disappeared. Let’s leave it at that and move on. In any case, most of the people who created all the infrastructure that our world was built on, are not with us anymore. We don’t obsess about them or about who they were anymore. It is time to treat Satoshi as a dead person. Let’s respect his right to die, leaving us a great enigma coupled with a revolutionary invention, hoping that we would focus on the latter instead of the former.