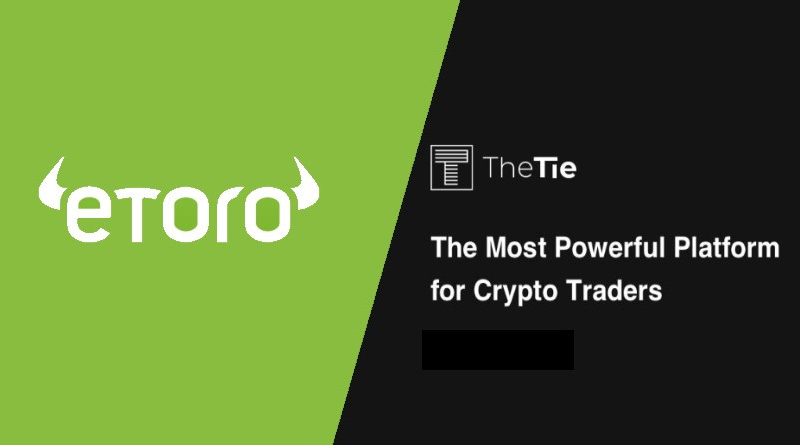 Should you follow your gut, logic or the crowd when it comes to investing in crypto? eToro seems to think that you should at least know how the crowd is feeling before you follow anything.

That is why the company has come up with an AI-powered tool in conjunction with theTie.io to analyze crowd sentiment via Twitter. eToro’s point is that cryptocurrency is traded based purely on supply and demand, therefore popular sentiment is key. But is it?

Masses can sway an election. When each person has a vote, then popular sentiment is key. If each of these people on Twitter has some kind of influence over, on aggregate, their opinions should be significant; they could sway the market. If you can gauge the sentiment of a critical mass of retail investors, then you should be able to develop a tool that identifies where the market cycle is at.

eToro is the world’s leading trading platform for copy-trading and this new copy portfolio from TheTIE is designed for the retail investor, but not all investors were made equal. The market is fundamentally un-democratic, and each actor does not have a single equal vote. Instead, they all have varying amounts of capital to invest, as well as different goals and time frames.

In an asset class void of traditional fundamental data, sentiment is the most significant driver of crypto price movement. Now you can copy our algorithmic trading strategies powered by the wisdom of the crowd.https://t.co/zSw2kTgUT7

AI is Wonderful, Unless it is Misdirected

Cryptocurrency markets move according to those known as crypto whales who hold market-swaying amounts of capital. These investors would count for only one vote in an election, but in the market, they have more power than thousands of average retail investors together. Therefore, developing an AI-powered tool that gauges market sentiment based on Twitter accounts, must be calibrated to consider the relative weight that each Tweet will have on the market.

That is impossible without having information on the Bitcoin accounts that those Twitter users control. So, if you follow your logic, you must take eToro’s AI-powered tool with a grain of salt, at least until you see the market turning.

Today we're excited to announce our latest CopyPortfolio partnership with @TheTIEIO. Ever wanted to trade based on Crypto Twitter sentiment? Well, now you can. https://t.co/aCtY4bdbTD pic.twitter.com/hIMVrLrQ3h

eToro’s Tool Should Work Best When the Markets Turn

Measuring the reaction of the crowd once a whale acts could be deeply useful. Crowd sentiment in that case could solidify the movement that a whale – or several whales – can generate. It could also counter that movement.

There are no shortage of Tweets telling people to HODL when the markets take a dip. These messages might have some influence on the market as a counter force when whales sell. Interestingly enough, hodlers might be unlikely to sell when the markets go up as well.

It will be interesting to see how eToro’s tool sorts this out based on Tweets. Nevertheless, it is important to also keep in mind that crowd sentiment might be either irrelevant or just a reaction to the way the market moves. Therefore, it is important to base your investment decisions on a wider range of tools and on your own research.

Anyone can lie on Twitter and just as much as investors are not all equal in the market, Twitter accounts don’t all carry the same weight. Would you take a risk on an AI tool sorting out Tweets when it comes to your money, knowing that the people behind those Tweets might be saying one thing and doing another? Our gut says you shouldn’t, although you should keep an eye out for this eToro tool because it could still be useful as a part of your wider investment decision making system.