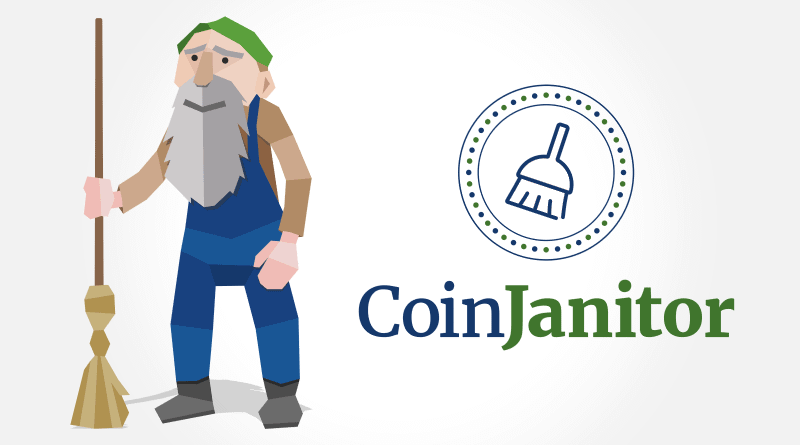 Creating Bitcoin was an incredible task. Putting together economics, game theory, computer science, and cryptography with the goal of creating a decentralized form of P2P electronic cash, is a monumental project. Once that project succeeded, creating other cryptocurrencies became progressively easier. At this point in time, it is so easy to create a new cryptocurrency or even a token on Ethereum, that thousands of people are doing it. The cryptocurrency space is littered with coins that cannot achieve their goals, and someone needs to clean that space up. That is precisely what CoinJanitor is all about.

According to the project’s CEO and leading founding member, Marc Kenigsberg, “digital space is still space and it should be kept clean.” With that philosophy in mind, CoinJanitor sought to do the following:

Defining what constitutes a deadcoin was one of the most challenging parts of the project. There have been many discussions around this topic in the space, on Bitcointalk and other platforms, but there was no consensus about what constitutes a deadcoin. CoinJanitor jumped right in and came up with a set of objective parameters that a coin must fulfill to be considered dead. Here are the main points of that definition:

Combining these elements, CoinJanitor concluded that a coin that has been in the market for 2 years, has failed to gather a following or prove its functionality, is not listed on exchanges, and has a small market cap, then it must be dead.

How do you Clean Deadcoins up?

After implementing this broad definition and gathering the relevant data, the CoinJanitor team designed a mechanism by which deadcoins could be cleaned up in a community-friendly manner. CoinJanitor refuses to believe that deadcoins are merely “crypto-dust.” These coins have holders and communities that once supported them. They also have marketing assets, code and transaction data, which have value. Therefore, the cleaning mechanism aims to rehabilitate the value locked in deadcoins for the benefit of deadcoin holders, CoinJanitor’s community, and cryptocurrency markets.

Sometimes Uniqueness is the Mark of Success

Through this unique approach, CoinJanitor has managed to implement an unprecedented mechanism in the space to clean up deadcoins. Recycling the value locked within these deadcoins and giving their holders a way out, is an especially friendly way of achieving the goal. The economics of the project are innovative as well. No one has ever tried to do this in the space and the upside is very interesting.

CoinJanitor’s success is a success for everyone involved in crypto, even if they have never heard about the project. It will keep the space clean, dealing with thousands of coins that are diluting capital. This is definitely one of the projects that people in the space should be paying the most attention to, especially because it can become the default recycling mechanism that deals with one of the most pressing issues in the space: what to do with deadcoins.