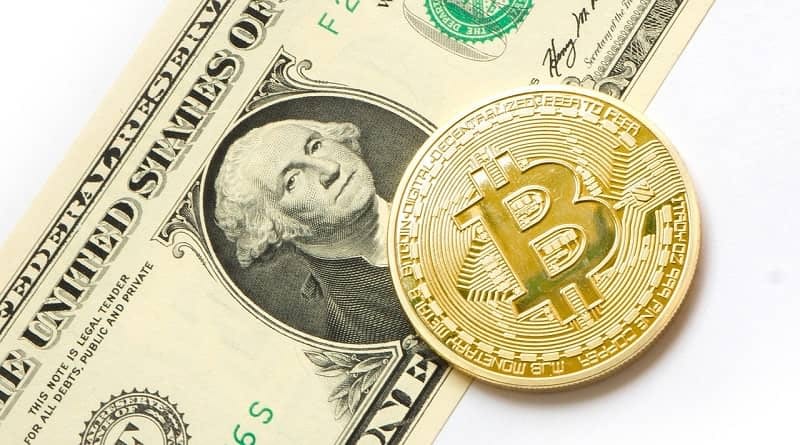 As El Salvador implements its first in the world, Bitcoin legal tender mandate, we should all take a step back and think about this. Cryptocurrency is being imposed on people by the same repressive methods that fiat was. Bitcoin, which is supposed to be an alternative to this top-down inflationary approach, is now being imposed through the same arbitrary system it was created to oppose. Should we be celebrating?

What is Legal Tender?

Bitcoin was not intended to be legal tender. Quite the opposite: It rose from the fringe as an alternative that anyone is free to use or accept as they wish. Therefore, mandating a whole country to accept it as payment is at the very least a deviation from Bitcoin’s humble beginnings.

Hodlers and other enthusiasts should be at least weary that a currency created to maximize freedom, is now being imposed. Imposing freedom is an oxymoron.

El Salvador is the first country to test this paradox. Its government made Bitcoin legal tender. From September 7th, 2021, businesses should be accepting BTC payments. There is already some evidence of Bitcoin purchases at establishments that do not take BTC payments elsewhere in the world.

As enthusiasts the world over look at El Salvador with awe, few are thinking about the country’s Bitcoin Law critically. Here are some problems with it that few have pointed out:

It is Also Fair to Highlight the Positives!

These articles should elicit more criticism from anyone who uses Bitcoin. They represent the Bitcoin as legal tender oxymoron: all the pitfalls of imposing the use of better money on people who didn’t necessarily ask for it just because their elected representatives wanted to, are clear for everyone to see.

To be fair, it is also important to highlight the positives in El Salvador’s Bitcoin Law:

Despite the positive aspects of this law and assuming that the government has good intentions, it is difficult to get past the imposition. The paradox of Bitcoin as legal tender deepens when we take the position of some users around the world, into account.

This meme sums up that aspect of how Bitcoin as legal tender could undermine the inherent authoritarianism with which governments can impose the use of BTC as currency in any given country:

Governments – in this case dictators, which are an interesting choice for this meme – invite Bitcoin into their countries without knowing it is a Trojan Horse. In its belly, this Trojan Horse carries freedom soldiers.

Memes tend to oversimplify reality and by definition they should not be taken too seriously. Nevertheless, this one gives us an insight into the perils of oversimplifying thought when it comes to the forced adoption of BTC by making it legal tender.

Dictators Use Bitcoin to their Advantage

At this point it is important to establish that Nayib Bukele, the president of El Salvador who is responsible for the introduction of the Bitcoin Law in that country, is not a dictator. He was democratically elected and is taking advantage of his majority in the legislative branch to promote his agenda. In other words, he is as authoritarian as Trudeau, Biden, Johnson, or any other “Western” leader.

Those of us who sit in the so called “West” understand perfectly that authoritarianism in democratic clothing is not as bad as fully blown dictatorships, but it is pretty bad overall. “Western” governments have given Bitcoin relevance precisely due to their proclivity to cheat the system and get the central banks to print money endlessly to fund bloated spending. That becomes a de facto additional tax on their citizens via inflation.

The use of Bitcoin in the “West” did not make the countries themselves freer. In fact, governments have been taking more and more power through all types of emergency provisions despite Bitcoin. In some cases, draconian legislation puts “Western” BTC users in a tougher situation legally when it comes to declaring their taxes.

Bitcoin Use does not Equal Freedom

If Bitcoin failed to foster freedom in the countries that market themselves as free and have some semblance of respect for some individual rights, then the situation in countries ruled by dictators is worse. Take a look at any country where the dictatorship either allows or encourages the use of Bitcoin and you will understand:

Chant ‘Libertad’ and go to Jail, but Use Bitcoin if you Want?

People living in these countries are not freer because they use Bitcoin or because their government does. In fact, the opposite might be true:

Take Cuba as an example:

To sum it all up: If you chant ‘libertad’ – freedom – in the streets of Havanna, the regime will arrest you. A few weeks later the government greenlights the use of Bitcoin, so now the freedom you cannot chant for will penetrate the island through decentralized digital money?

In the case of Cuba, the intention to regulate cryptocurrencies and potentially make Bitcoin legal tender, looks like a ploy to make up for international reserves lost to a decline in tourism and medical missions. The government controls the internet and pretty much any other asset in the island. It is nearly impossible to assume that regulated use of Bitcoin in the island will come through a non-custodial wallet.

Cuba will most certainly launch its own custodial wallet for Cubans to use. Whatever happens on a P2P level with BTC in that country, will entail taking substantial risks. Therefore, it will not amount to much on the freedom scale.

Is El Salvador Looking to Shore up its Reserves as Well?

Despite the fact that the government in El Salvador is not nearly as authoritarian as the one in Cuba, there are some important similarities in the goals it is pursuing by making Bitcoin legal tender. It is likely that Bukele promoted the Bitcoin Law as a move to modernize his country and connect it to the world. The real goal could well be remittance control.

Therefore, it is entirely possible that while Nayib Bukele is not interested in shoring up reserves. He might be after revenue from remittances, just like the Cuban government. A government that has difficulties taxing about a quarter of its GDP will want to do everything to access that source of revenue. Of course, this is not proven yet, but it is possible especially given how the Bitcoin Law is written.

If you are a Bitcoin enthusiast, you should be asking yourself if the fact that Bitcoin is now legal tender in El Salvador means that it will inevitably end up financing the government. The answer is yes. Whether through taxation of remittances or otherwise, the Salvadorian government will end up getting paid in BTC. Let us rephrase that for you:

Take a step back from EL Salvador and look at the bigger picture. Wherever there is a government that wants to make Bitcoin legal tender, you should at least stop and analyze thoroughly before you praise the move.

On the other hand, you should always keep in mind that Bitcoin is an agnostic tool. It can be used to oppress as much as it can be used to liberate. Salvadorians did not need a Bitcoin Law to free themselves from fiat; it was the government that needed the law. Be mindful of this important distinction and avoid the Bitcoin as legal tender knee jerk reaction for the sake of your own freedom.