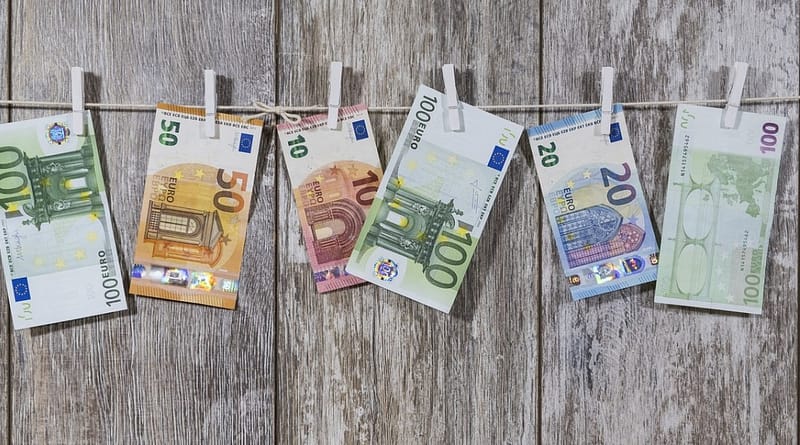 Bitcoin Maximalist utopia paints a picture of a cashless, bank-less, decentralized world in which one currency rules them all: Bitcoin. But utopia is rarely ever achievable. Most of us have to compromise to get as much as we can of what we want. We must then, pick the type and degree of compromise we are willing to accept, to get us as close to our goals as we can. When it comes to cash, the trade-offs warrant a closer look at the implications of our choice.

There are two distinct scenarios that we will face, in which a Bitcoin Maximalist – and the rest of us – will have to swallow one of two bitter pills:

The first scenario is attractive, because it takes power away from government agencies in charge of financial oversight in favor of the banks, ostensibly creating a society that is ripe for complete financial decentralization. This scenario also obliterates anonymity and any measure of control that individuals might have over their fiat funds.

In the second scenario, the tables turn, giving more power to the state – which is responsible for regulating the issuance of bills and coins – while weakening or eliminating intermediaries. This scenario also affords Individuals a greater degree of anonymity and more control over their fiat funds.

Cashless Societies in the Hands of Commercial Banks

Unfortunately, the world is running right into scenario #1, to the detriment of individual freedoms. We must accept that a significant segment of the population will remain in fiat, no matter how much Bitcoin and other cryptocurrencies advance. Knowing that this is the case, scenario #1 is much more harmful to individuals, including Bitcoin and cryptocurrency holders, than scenario #2.

In a cashless society that still operates under the tenets of the fiat economy, we effectively give veto power to a powerful cartel of financial institutions. We allow commercial banks to run our lives through digital payment processing. They will have access to the most intimate data we own and will be able to map our behavior in a deeply Orwellian manner. These banks and financial institutions will have the final say about who we do business with.

Our strides towards a cashless society in the hands of pesky intermediaries are already taking a toll on our grandparents. A recent article published in Quartz, paints a grim picture about what is happening in Scotland with the retreat of the brick and mortar bank branches in rural areas. These areas are generally inhabited by older people; young townspeople often leave looking for opportunities in the cities.

Rural areas also tend to have more localized economies, in which digital means of payment are less relevant. In essence, the people who live in these rural areas, use the local branch of their bank to store their money safely. Sometimes, they might need a loan from the bank, but they don’t feel comfortable with digital money.

Banks are cutting back on their branches in rural areas in Scotland, opting to send in mobile branches once a week to service their cash-reliant customers. The logic behind this move, is to force the local population into going cashless, compelling them to manage their accounts online. It is cheaper for the bank, but deeply disruptive for the people who live in these rural areas.

Older generations had to grapple with the advent of the internet and a complete shift in technology that relegated a significant amount of people to the economic periphery. Apart from the lack of computer literacy, there is a sense of distrust among these segments of the population. They fear hackers and are reluctant to hand complete control over their money to the banks.

Their fears are well-founded, and since people belonging to these generations are reluctant to go digital, Bitcoin does not offer a good alternative for them to reclaim their financial independence. They have no viable alternatives besides cash.

It seems like inertia in the system has exposed the cruelty of reality. Technology like time, seems to go in only one direction. Therefore, the members of these older generations will progressively become a much smaller proportion of the population as technology and digital money keep on advancing. Basically, inertia can be sustained because sooner or later, these people will no longer be with us; there will be less and less clients that will fight for the old order.

Why Should Bitcoin Maximalists or Cryptocurrency Enthusiasts Care?

But cash is still important to all of us, much more important than we think. Every time we use our credit card, our PayPal account, or any other fiat payment platform, we are allowing systemic inertia to trample us. Bitcoin holders that want to maintain a measure of anonymity, will inevitably face impositions that will force them to disclose the addresses in which they hold coins and tie them to their fiat accounts when they want to exchange.

That means no more Bitcoin ATMs for example. Intermediate steps that curtail the freedom of Bitcoin and cryptocurrency enthusiasts to exchange their coins for cash are already in place in many countries, even without considering the imminent debacle of the Bitcoin ATM. Countries like France, Spain, Italy, Belgium, Portugal, and Greece, already placed restrictions on cash payments. Governments are increasingly swayed by the possibility of controlling every single transaction in the fiat system through banks and digital payments, under the guise of maintaining law and order.

We must therefore use the full extent of our knowledge to oppose the tyranny that comes with a shift towards digital payments in the realm of fiat currency. Many of us Bitcoin and cryptocurrency holders understand how the financial system works better than most people in the world. We must understand that the chance of a Maximalist utopia coming to fruition is negligible.

Both scenarios then, leave us with a painful choice to make, but one of the options is clearly much worse than the other. We must support cash not only to side with those who are now a footnote in the economy thanks to digital fiat and the greed of financial institutions. We must support cash to support Bitcoin, and the freedom that everyone should have to remain as anonymous as possible every time they pay for goods and services no matter which kind of currency they choose to use.

One thought on “Bitcoin Is King, But Cash Is Still Important”