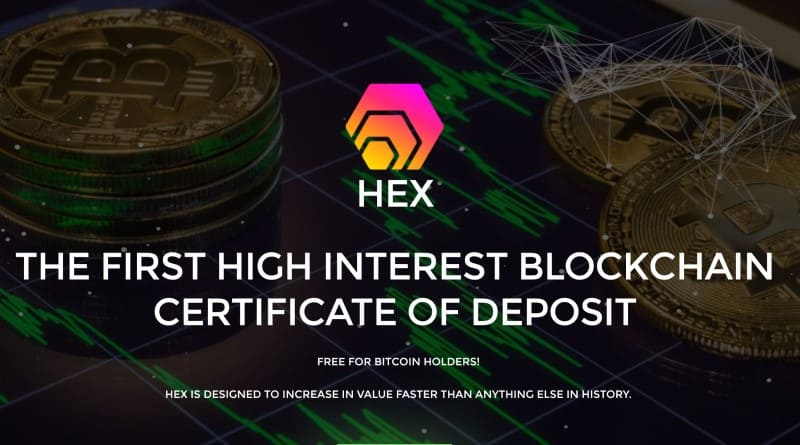 Consensus is a concept that dominates the cryptocurrency space. Decentralized and distributed networks that are censorship resistant, must allow for upgrades. To push those through, most users – nodes – have to agree to the change, at least that is how Bitcoin works.

This requires consensus building: discussing the advantages and disadvantages of the proposal – BIP – and tweaking where necessary until there are enough votes for an upgrade. But consensus doesn’t mean that we are all onboard with every single aspect of how Bitcoin works. In fact, consensus requires a degree of compromise. In Bitcoin’s case, we compromise on the role that miners play to a certain extent. We also compromise on key economic mechanisms, like the lack of an interest rate. Richard Heart had enough of those compromises and decided to launch his own version of what Bitcoin should be. He called the project Bitcoin Hex.

What is Bitcoin Hex

Although Bitcoin didn’t start based on consensus – Satoshi laid the ground rules – it tended towards it. Those who decided that the level of compromise to keep the consensus was too high, forked away from Bitcoin. After the whole forking era, Bitcoin found its footing, showing it could withstand dissent. These forks created a kind of monetary expansion.

Bitcoin Hex comes as the next iteration of these monetary expansion exercises. Instead of being a fork, it is more like an airdrop with some loose connections to forking mechanisms. The new coin, therefore, doesn’t have to be based on any kind of blockchain legacy. Bitcoin Hex is, in fact, only related to Bitcoin by its name and the way its smart contract will initially distribute the funds. Here are the main features of Bitcoin Hex:

Find out more about HEX

These features reflect Richard Heart’s preferences, which he has spoken about repeatedly. Heart believes that the most profitable aspects of banking should be replicated in crypto somehow. Bitcoin fails to do that. He also believes that crypto is so closely tied to the fiat system, that it is important to have a coin which can resist certain market realities. That is precisely why Bitcoin Hex’s initial distribution will entail a great degree of censorship. Here are the main tenets of Richard Heart’s vision:

https://t.co/dnBAVrCiIO is the best opportunity I've ever seen in my entire life. I think this can make millions of people truly wealthy. FREE for Bitcoin holders! Even ETH can be transformed into HEX. Imagine you could buy Bitcoin for $1 in 2011. Dont miss that chance again!

These fundamental differences have to do with the purpose of the system. Bitcoin aimed to be a kind of anti-establishment currency. An electronic form of P2P cash in which there are no intermediaries who would profit from actions that individuals could perform independently given the proper tools to do so. From this point, it evolved into a currency that is akin to the principles of the famous Austrian school of economics. In a world dominated by Keynesians and the deep flaws of fractional reserve banking, Bitcoin is an alternative to the system. It doesn’t care about fiat because it is a parallel universe.

Bitcoin Hex brings the game back to fiat. It is a token that seeks to generate fiat profit directly. Therefore, it introduces elements of Keynesian economics, like interest rates and open-ended monetary boosters – similar in scope to Keynesian multipliers. There is no way of knowing how much Bitcoin Hex there will be in this world at this point, which sounds a lot like fiat currency. In essence, the smart contract becomes the central bank. That solves the perils of political influence and manipulation from private interests, but it doesn’t go as far as Bitcoin does because that monetary authority still exists. The difference is that it operates in a transparent manner – as long as you can understand the code, or you can trust someone else who does to verify it for you.

Bitcoin Hex also has an element of social justice that is absent in Bitcoin. Hex excludes Mt Gox administrators and other “proven” malicious actors from its initial distribution mechanism. It also penalizes whales, distributing less to them if they claim their Hex. Since it is an ERC20 token, miners and corporations like Bitmain are taken out of the game.

This is designed to “level” the playing field somewhat and limit the negative influence these actors have had on Bitcoin markets historically. To paraphrase Richard Heart, Hex doesn’t allow these actors to have a disproportionate influence on Bitcoin prices; it takes away their ability to punish long-term holders with a dump. These steps are not entirely new in the space. Bitcoin Gold attempted to curtail the power of miners in general and Bitmain in particular, through an ASIC-resistant protocol. Bitcoin Hex just takes this sense of “social justice” to a new level.

Should I Claim my Bitcoin Hex then?

Depending on your philosophy, you might feel that your principles are or are not aligned with those of Bitcoin Hex. Nevertheless, it is free money. No one knows how much it is going to be worth, but everyone knows that claiming the tokens is worth it. If you disagree materially with Richard Heart and Bitcoin Hex proponents, you can dump your coins for Bitcoin as soon as they hit the exchange. If you want to give this token a chance, you can stake your coins for a year or more, get the rewards and then see what you do with them.

How can I Claim my Bitcoin Hex?

If you decide to go forward and claim your Bitcoin Hex, there are a number of steps you must take to do so:

We recommend that you activate your VPN and use a safer browser like Brave when you claim your Hex. Richard Heart’s crew recommends the same.

Fun fact about Bitcoin Hex and Richard Heart’s philosophy: Heart believes that lots of decimals actually alienate users. It is easier to process whole numbers. That is probably why the exchange rate at distribution is 10,000 to 1, so that people won’t have to deal with decimals. That exchange rate also puts Bitcoin Hex at a rate that is close to parity with the USD.

What is the Interest Rate I can Expect when I Stake my Bitcoin Hex?

If you claim and then stake your Bitcoin Hex, you can expect to get interest payments on your Hex staked once you withdraw or “un-stake.” The interest rate itself is unknown, just like the total amount of Bitcoin Hex that will ever be minted. There are a few interest rate scenarios that can guide you somehow:

With all these features and Heart’s philosophy behind this new ERC20 token, it will be interesting to see how the public responds. Bitcoin Hex comes after the ICO era saturated the market with way too many ERC20 tokens. We have also seen how Ethereum can get clogged with transactions, which means that Bitcoin Hex might face scalability issues, not to mention the ETH fees needed to transact – a point where its UX is inferior to that of Bitcoin’s. Nevertheless, it is an interesting project that deserves a shot, so if you want to claim your Bitcoin Hex and try it out, just click here.