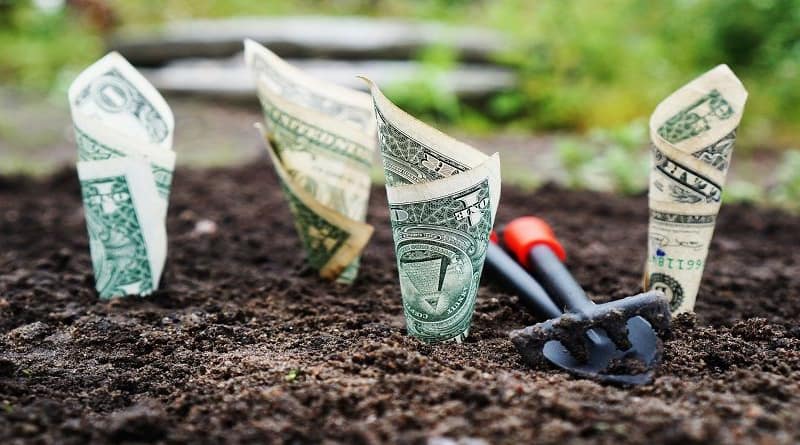 The Bitcoin halving came and went. As the community celebrated, the world of traditional centralized finance was up to the same old tricks.

This halving in 2020 coincides with the worst economic downturn in living memory. It was worse than the one in 2008-09. Yet the response is the same: print more money.

It is insensitive to say that the millions who are out of jobs should just suck it up. No one deserves this and governments have ran out of choices because they refuse to think outside the box.

Now they must inject money to the economy or else. Therefore, they are printing money again. Well, technically, they are issuing bonds that the central bank is buying through an infamous process called “quantitative easing.”

Remembering Satoshi During the Bitcoin Halving

F2Pool, which mined the last block before the halving, took advantage of the situation to write a special message on the block. The pool essentially killed 2 birds with one stone:

The message on this block show clearly that no matter what the problem is, we can always rely on central banks to print their way out of it.

Through its message, F2Pool reiterated how reliably murky traditional monetary policy is. There is no end to the printing because governments have no limits on their debt.

In fact, governments can effectively roll debt over, especially in a low interest rate environment. If they can manage to do so, they can retire old debt with new debt and pay even less on it as long as central banks keep their rates low.

This is true at least for developed countries with “robust” economies. Countries like Greece, Argentina, Lebanon and Venezuela, eventually buckle under their debt and default.

So, What is the Alternative?

Unfortunatley, once calamity hits, if governments have not planned ahead, the only option is debt. That is bad news for those countries that cannot take on any more debt.

But even those that can roll their debt over seemingly indefinitely, could also end up in a very bad position down the road when they borrow freshly printed money.

The only alternative is to plan ahead. Governments should invest in insurance to have funds in case of emergency. In fact this is not a new idea.

Nassim Taleb once floated the idea that countries should invest in a national insurance fund just like they invest in their militaries. He even called military investment a kind of insurance against foreign invasion, so it should be the same.

Since individuals cannot recur to these kinds of tools, their only reasonable insurance policy is Bitcoin.

We cannot change the behavior of reckless governments with a little reason. Old habits die hard. But individuals can do something to have a hedge against government and central bank excess.

The only asset we have to protect ourselves against these excesses is Bitcoin. So if you didn’t believe Satoshi and the message he included on the Genesis block, maybe you can now look at the latest Bitcoin halving event and understand 2 crucial points:

It is time for you to hedge yourself. Happy halving!