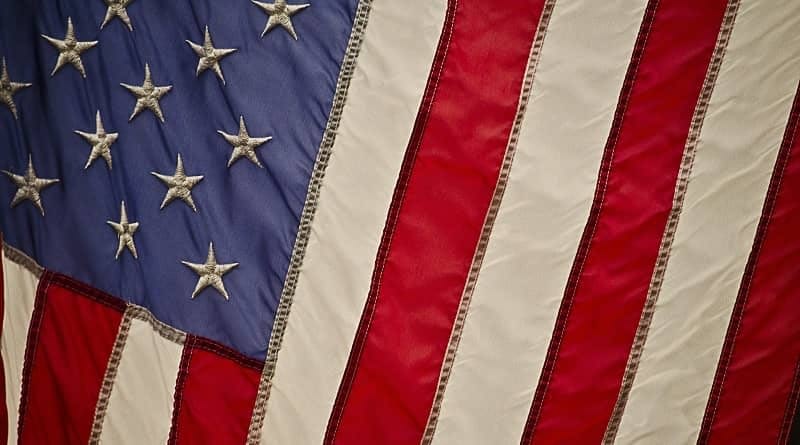 Bitcoin does not care. That is the main answer anyone should give you if you ask them what will happen with Bitcoin following US elections.

Markets, however, could react differently. It all depends on the official result of the US election, and the events that unfold after those results are certified.

Is Chaos Good for Bitcoin Following US Elections?

Before we get into the market for Bitcoin following US elections, it is important to understand that there could be turbulence in the short-term.

Steady markets are in everyone’s interest, however. The situation is complex:

This is the main political movement you should monitor vis-à-vis the markets. Regulation and other issues are also important, but stability is the key factor.

Government revenue will not change significantly in the short-term. On the other side of the ledger, there is no indication that either administration would do anything to ameliorate growing US debt.

No matter who wins the final vote count:

Therefore, a Biden administration much like a Trump administration, is likely to keep the economy steady on its current trajectory.

That should favor Bitcoin prices, given their recent trajectory. But the real issue here is the perception.

Biden and the Democrats cater to the “extreme left.” These extremists favor socialist reforms that would deepen US debt.

If a critical mass of investors is convinced that the government will take a turn and spend on new social programs or expand expenditure on the existing ones, Bitcoin price should go up.

Bitcoin prices, much like investor intentions, are very hard to predict. So, your strategy should hinge on broader fundamentals.

If you see the USD weakening, BTC might not be the only asset that can gain. Investors might flock to gold – like they did in March.

No Matter What, Buy Bitcoin!

We have said this on multiple occasions. BTC is not the be all and end all, but it is the asset we believe in. Our philosophy is that you should buy Bitcoin under any circumstance.

But it all depends on how you look at the market. If you are following the news, you know that CNN and other news outlets declared that Biden won. As that happened, Bitcoin prices came down. Is it a coincidence? Probably.

Then you must consider that any other movement in Bitcoin markets following the US election, can also be a coincidence.

If you focus on the long-term trend, then you will see that the price of Bitcoin following US elections is a mixed bag:

Institutional investors are at the center of this bull market. They could invest further in Bitcoin following US elections and erase current losses. Who knows?

Hedge Yourself Before you Wreck Yourself!

So, maybe BTC prices care as much for US elections as Bitcoin itself does. The truth is that we must wait and see, because the election was only one event that will trigger multiple future events.

Hopefully, the US goes through an orderly transition process – since it seems that Biden won and legal challenges from Trump will not succeed.

If that happens, and there is no retribution against Trump supporters for exercising their right to support the candidate they believe in, then market stability is the likely outcome.

In that case, current Bitcoin price trends should hold. However, if orderly conduct gives way to chaos, all bets are off. Should chaos erupt, we would like to take our chances with BTC. What would you prefer?