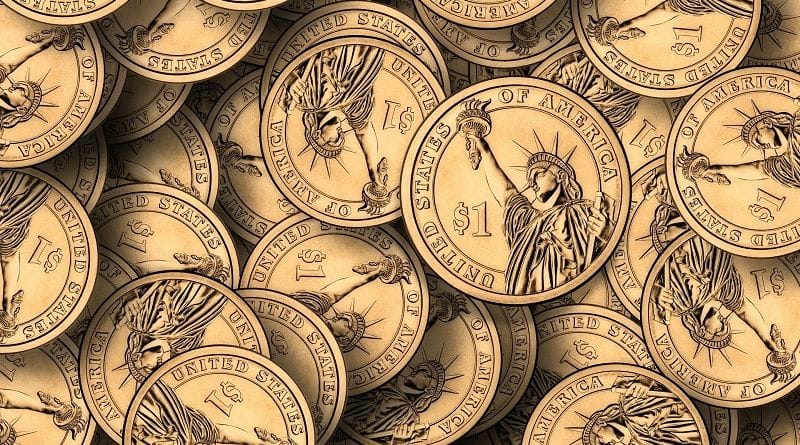 Assuming that the future will resemble the past is a recipe for disaster. That is where Tenino Washington is headed if it goes forward with its local wood currency. In the Bitcoin era, this solution does not seem sensible.

Even if we look at the rate at which the Fed is printing money, Tenino’s mayor Wayne Fournier, is making a mistake. Or maybe not. It depends at how you look at this local currency trend in light of the pandemic.

How is Tenino Launching its Own Currency?

The “wood dollar” is not new. Tenino implemented it in 1931 to fight a local liquidity issue in the aftermath of the Great Depression. Historical precedent is what inspired mayor Fournier.

Back then, the only bank in the town closed down and Tenino residents ran out of cash.

Now, in light of the digitalization of money, record low interest rates and quantitative easing, local liquidity issues within the US are highly unlikely.

Instead, this new local currency, will serve to prop up the local economy. It is in fact, a protectionist measure, which might make the local currency succeed, in the short term at least.

The following features will allow Tenino’s wood currency to succeed in the short term:

A Great Idea for the Municipality if it Behaves Like a Private Company!

These characteristics make this local currency bad for the town’s long-term development. Nevertheless, the idea is great for the municipality itself. Here is why:

Doing this will guarantee that the mayor can accumulate political capital thanks to the “buy local” mentality. It will also allow him to make more money off of the money set aside for this emergency.

But in the long-term, Mayor Fournier’s move will hinder efforts to make Tenino’s economy more connected and resilient. This subsidy will discourage local businesses from competing.

Local currencies, such as this “wood dollar” tend to encourage local consumption. The following are the reasons why this is not a good policy in the long-term:

This last point is especially important in this case. Since there is no liquidity issue because banking is digital and the fractional reserve banking system is releasing enough greenbacks into the economy, the long-term problem is about:

Tenino’s residents would benefit more from $10,000 USD worth of courses to raise their level of computer literacy – e-commerce for example. They would benefit from accepting Bitcoin payments for their products for example.

That would allow them to get the attention of a growing segment of the population that is increasingly wealthier.

The Wood Dollar Fad vs Bitcoin

Yes, Tenino’s “wood dollar” is already making headlines. But in an economy facing restrictions on the movement of people, movement of goods and the currency must make up for the restrictions individuals are facing.

Encouraging Tenino’s businesses to enter the Bitcoin era could be cheaper than printing money on wood. It is also a scalable investment that encourages them to compete outside of the town’s boundaries and to sell their products and services globally. The profit potential is way greater.

In fact, the first business in Tenino to turn around and sell local currency printed on wood sheets for Bitcoin on the internet, is probably going to get the best of both worlds:

These advantages would be even greater if Tenino’s mayor comes out and says that the town is committed to print just that $10,000 USD equivalent and not a cent more, ever. If you can sell that kind of product as a crypto collectible, the Bitcoin era will reward you for making the absolute best out of a ridiculous idea.

Other than that, it is clear to anyone who is looking forward into the future, that the Bitcoin era – along with current fiscal and monetary policy – has already defeated Tenino’s local currency.

Getting a lot of press for printing your own local currency using the same printer used in 1931 when there was a liquidity crisis, is not a win for the people living in the town. In the Bitcoin era, it is little more than a fad, because the future does not resemble the past at all.