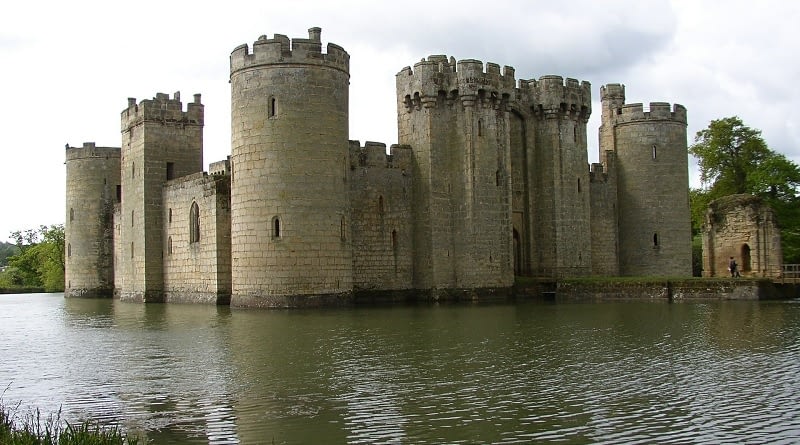 Riots, a pandemic and a grim economic outlook with mounting government debt. This is what the world looks like. It should be the hodler’s bittersweet “I told you so” moment. But it is not. The situation gives detractors fodder, which is how the idea of the Bitcoin Citadel came to the fore.

The Bitcoin Citadel is a dystopian post on Reddit. Its author uses the potential for Bitcoin success – the hodler’s dream – to paint a future in which the global economy is in ruins due to the deflationary nature of BTC.

Those who survived the economic transition and hold some coins or even fractions of a coin, build a Bitcoin Citadel. They change their identities and sever their ties to nocoiners, even families.

“Bag holders” suffer the brunt of the deflationary pressure and some become terrorists. These terrorists hunt hodlers down, blaming them for economic decline and the collapse of governments that crumbled because they couldn’t tax Bitcoin wealth. That is why rich people need the Bitcoin Citadel.

Here is a summary of other key components of this dystopian post:

A Bitcoin Citadel Too Far: The Story Backfires

The creativity of this post is undeniable. Nevertheless, it seems to have had the opposite effect. The idea of a Bitcoin Citadel draws hodlers in.

It gives them hope that one day they will join the 1% after hyperinflation sets in and Bitcoin replaces fiat. Therefore, the author decided to edit the post and include a puzzling disclaimer.

Strangely enough, this whole Bitcoin Citadel story and its weird disclaimer shows us how both sides of the argument are wrong:

On the other side of the argument, there are those like the author of this Bitcoin Citadel story, who think Bitcoin is an investment and make false assumptions about the fiat system.

For those of you who are familiar with our work, you know that we are not Bitcoin maximalists. We are, however, Bitcoin advocates. We are as objective as we can be, and we repeat our message every time we can:

Why was the Author Able to Imagine a Dystopian Future with a Bitcoin Citadel in it?

In essence, Bitcoin has a purpose: to give everyone an opportunity to build a hedge against the excess of the present system. It provides an alternative, parallel money network that tends to be deflationary in terms of prices. As such, it pollutes with a purpose.

Keeping demand up artificially to make the economy “grow” is also harmful to the environment. There is very little we can do about that. Nevertheless, that artificial demand growth through money printing – a marvelous mechanism of Keynesian economics – is one of the reasons why Bitcoin is successful.

Printing money to buy government debt in essence allowed the author of this post to even imagine a Bitcoin Citadel. Cryptocurrency holders have already been attacked. Self defense would justify the creation of a gated city for hodlers.

Is a Bitcoin Citadel Necessary?

There are enough people who hold BTC and are at risk of being kidnaped and tortured. But that is a risk that many rich people face, regardless of how their wealth is denominated.

Have you seen billionaires living among us? Many have several residences, private security and live in gated communities with other rich people. The billionaire’s citadel is already a reality, so maybe the Bitcoin Citadel is necessary.

After all, wouldn’t you want to live in a safe place with like-minded people?

The problem is that if you build a Bitcoin Citadel for all BTC hodlers to live in – even those who hold just 0.03 BTC like the story depicts – you would create a single point of failure.

Bitcoiners are aware of this. They oppose centralization precisely because it is easy to attack a single point of failure.

Anyone who knows anything about security would tell you that lines of defense always break down.

You don’t want to reveal yourself by living in a Bitcoin Citadel, knowing that your line of defense will inevitably fail and you will have to face the mob.

Even if Bitcoin displaces fiat – a highly unlikely scenario – hodlers know they are better off if they scatter all over the world. They would rather spread their nodes far and wide to keep the network alive.

If you are one of these hodlers, you might even prefer to live in a rural area and decentralize other aspects of your life, such as: water supply, electricity generation and food sources.

It is difficult to imagine a Bitcoin Citadel knowing that decentralization in every possible aspect is a key feature of resilience.

It is even more difficult to imagine certain characters within the community, especially the crypto anarchists, living within a Bitcoin Citadel and following security protocols that others impose on them for the well-being of the Citadel.

A Bitcoin Citadel is still possible. Like the maximalists out there, who think Bitcoin should or will replace fiat, there are those who would love to live in a gated community with like-minded people. Even traditional billionaires dream about this.

Just ask Peter Thiel about the idea of Seasteading. Those platforms in international waters are the predecessor of the Bitcoin Citadel. So far, they look like a bad idea nonetheless.