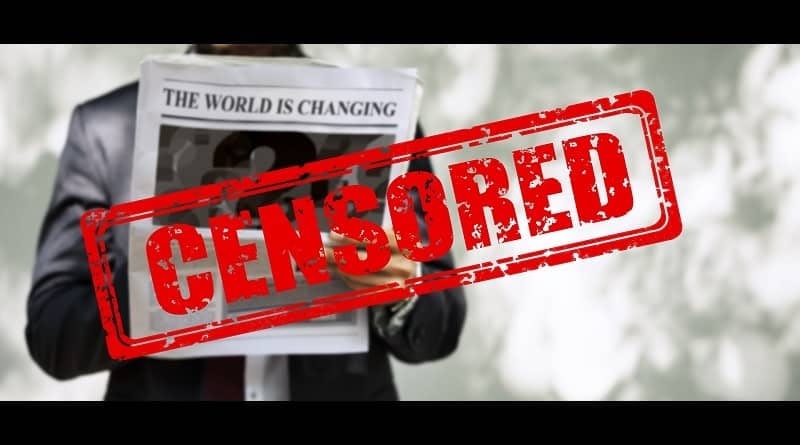 Twitter showed us yesterday how big tech censorship could have a devastating effect on everyone. Kayleigh McEnany’s account was suspended yesterday. This is a game changer. Think about it, if the Press Secretary of the US is vulnerable, then how about you? Well, if you use censorship-resistant Bitcoin, a little less so.

This is a wake-up call to all the nocoiners out there. What happened yesterday on Twitter, can happen to you when you start using Libra – that abomination of a currency that Facebook cooked up – or even at your bank.

Think about the following:

This is not fiction. It is happening right now! Big tech is putting its huge thumb on the scale to steer the elections their way to get exactly what they want. The only way out is censorship-resistant Bitcoin and all the tech it will breed.

But before we go deeper into this conundrum, you should know what happened:

One can only speculate about the motivation behind big tech’s move to favor the Democratic party. What is clear is that censorship is like cancer spreading through society, depriving us of our most basic freedoms.

The government is to a certain extent, part and parcel of the movement to censor us. Laws about the use of money together with a push to rid society of cash and digitize our transactions while they keep them centralized, will open the door for the cruelest form of censorship.

Now imagine how devastating it would be to go to the grocery shop after cash is eliminated, and finding out that your bank account was frozen for expressing your opinion.

Censorship-Resistant Bitcoin to the Rescue!

This can happen. In fact, Alex Jones, the (in)famous conspiracy theorist – and Bitcoin detractor turned believer – had something similar happen to him. PayPal blocked his account for “promoting hate or discriminatory intolerance.”

Not even the first amendment could save Alex Jones, which is why he supports BTC now. There is no government, constitution, law, or centralized authority that can give you what censorship-resistant Bitcoin can.

Bitcoin doesn’t care who you are, what you are doing, why you are transacting, how you got the money or where you are. The censorship-resistant Bitcoin network just allows you to transact as long as you comply with network rules.

These rules are not applied selectively – which is something that Twitter, Facebook and other social media giants cannot say. This is probably why Wikileaks and others who have been banned from the fiat network, recurred to censorship-resistant Bitcoin to finance themselves.

Time for Censorship-Resistant Bitcoin to Breed the Next Microblogging Platform?

If you value your freedom of speech, buy Bitcoin, hodl it, transact with it, and build a hedge to fiat censorship before it is too late.

But if you are not going to buy and use Bitcoin, at least recognize the hypocrisy of the system and how social media censorship can extend to financial services. Defend cash at least.

This is not a partisan plea at all. Understand that censorship is one of the worst enemies of freedom no matter who you are, and act now!

*Twitter had no issue with exposes from a myriad of media sources even when the material they were based on was obtained by dubious methods. WikiLeaks, Snowden, and other whistle blowers still operate freely on this platform.