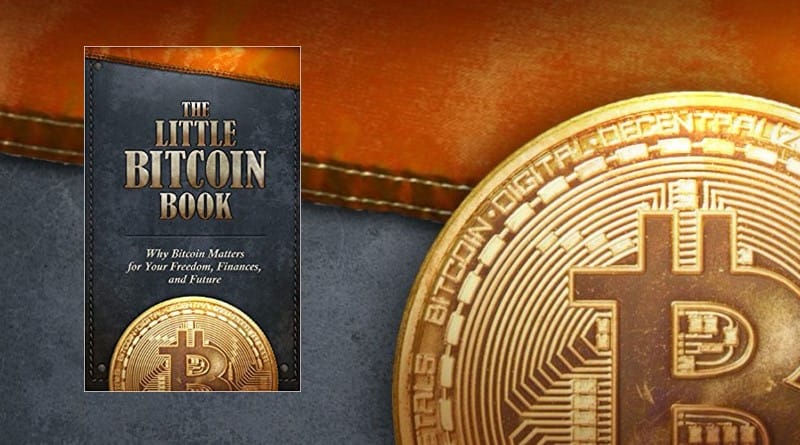 Bitcoin is supposed to be an inclusive P2P medium of exchange. Nevertheless, as it became more popular, its inclusiveness came into question. Honestly, it is not easy to understand, but neither is the traditional financial system we are all a part of.

In a way, to explain Bitcoin it is necessary to illustrate how the traditional financial system works. Then experts can explain how Bitcoin does it differently, but to make that explanation inclusive, it is pivotal to transform deeply technical intricacies into relatable concepts. That is exactly what The Little Bitcoin Book does, and this is why it will make a difference.

Bitcoin is for you and me, and Everyone Else!

Above all, the diversity of the authors comes through in a number of ways. They all come from very different places; they all have different skill sets and careers. Nevertheless, the traditional financial system binds many of their experiences together. Understanding Bitcoin, participating in that alternative financial system and actively advocating for the use of Bitcoin to solve some of these problems they have all experienced, creates a relatable story line

The book goes on to explain all the key elements one must understand to hold coins, transact with them and become an active participant in solving the problems that traditional financial systems have. The authors wrote these explanations in plain English. The Little Bitcoin Book fosters understanding, making Bitcoin more inclusive.

Get The Little Bitcoin Book at Amazon

Great Book to Have Either Way

Even if you are not convinced about the superiority of Bitcoin after you read The Little Bitcoin Book, you will have a better understanding of how the traditional system is failing millions of people around the world. There is nothing like having a great reference to how the system actually works, especially when not too many people seem to understand.

Whether you become a Bitcoin enthusiast or not, after reading this book about Bitcoin you will understand how both money systems work. From that point forward, the choice is all yours!

Learn Why Bitcoin Matters for Your Freedom, Finances, and Future in ~100 pages

Jimmy Song – Author of Programming Bitcoin, Jimmy is a software developer who has been involved in the space and has written extensively about various topics surrounding Bitcoin.

Alena Vranova – A financial service professional, Alena introduced Trezor, the first Bitcoin hardware wallet, in 2013. She also serves as a consultant in the space, teaching people how to protect their coins. She is also the head of strategy at Casa, a company that produces hardware for nodes and offers multi-sig wallet services in the space.

Alejandro Machado – Founder of Open Money, an organization that is dedicated to research about money in closed economic systems – autarkies – and collapsing monetary systems.

Alexander Lloyd – Early stage start-up investor since 1998. Alexander founded Accelerator Ventures and has experience as a currency trader at Goldman Sachs. He is currently a board member at the Human Rights Foundation.

Lily Liu – Co-founder of Earn.com, which was sold to Coinbase. Lily has worked at McKinsey and KKR. She is currently an investor and entrepreneur.

Alex Gladstein – The Chief Strategy Officer at the Human Rights Foundation, Alex is a lecturer at Singularity University, lecturing about Bitcoin and governance. He has written for TIME and CNN.

Luis Buenaventura – Creator of Cryptopop.net, an art initiative which makes crypto accessible to mainstream, and co-founder of BloomX, which aims to bring safe cryptocurrency trading to emerging markets. Luis has spoken and written extensively about Bitcoin.