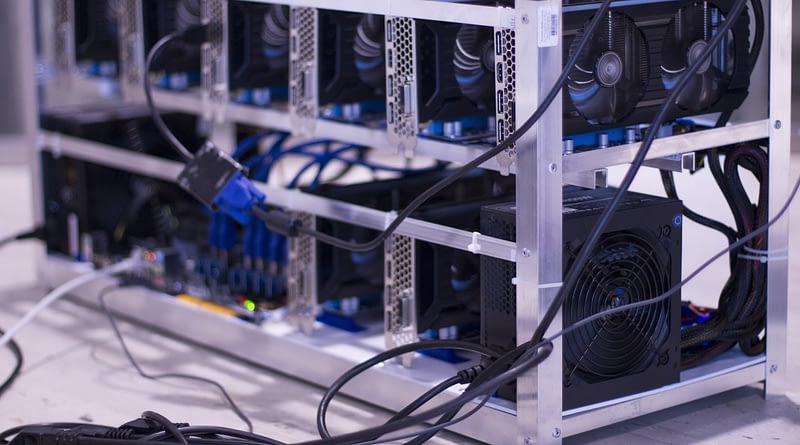 Mining is one of the most essential processes within the Bitcoin network. It allows the network to transact, introduce new coins into the money supply and protects the network from certain malicious activities. So, what is Bitcoin mining exactly? Can it be defined in simple terms for everyone to understand? How does it work?

A Basic Description of Bitcoin Mining

Bitcoin mining can be somehow equated to gold mining for example. To extract gold, a miner must do work – dig, find gold and wash it. As more miners join the gold mining business, more reserves are depleted, making mining more difficult. Bitcoin mining responds to the same basic mechanics: Miners – who use specialized equipment called ASIC miners – perform certain tasks within the network, like adding blocks to the blockchain and confirming transactions.

Transaction confirmation comes after miners include a transaction in a block and time-stamp it. Time-stamping transactions is one of the most important tasks that miners perform in the network. This action prevents the double spending of Bitcoin. In other words, miners allow us to transact knowing that malicious actors cannot spend the same coin twice.

To confirm transactions, miners must add blocks to the network. Adding blocks is energy intensive, and as more miners join the Bitcoin network, the algorithm makes it harder for miners to add blocks. This difficulty adjustment makes it more expensive to get the reward that comes with discovering a new block to add to the chain.

Bitcoin Mining: Beyond the Comparison to Gold

Unlike gold mining, in Bitcoin, mining must satisfy certain parameters. The network adjusts to make sure these parameters are always satisfied, regardless of the reward. Here are some important Bitcoin mining parameters to keep in mind:

But why would anyone invest in mining equipment and spend all that energy on this endeavor, knowing that increases in difficulty might push them out of business? The answer is simple: Bitcoin mining rewards. Each block that is mined, contains a coin reward that the miner takes as compensation for the work and energy invested in mining. Miners also charge small transaction fees to time-stamp transactions on a block, which is another source of revenue for them.

Thanks to the way these variables interact with each other, mining difficulty adjustments might lag changes in price by months at a time. For instance, when the price drops, Bitcoin miners who have made substantial investments in equipment, might want to mine at a loss and wait for other miners to drop off the network. This allows them to have a bigger share of the mining power when difficulty adjusts and make up for lost money by getting a greater share of the mining rewards. On the other hand, when Bitcoin prices increase, getting enough mining equipment to supply rising demand from miners, might take time. Therefore, difficulty adjustment will lag investment in new mining equipment, and the cost of that equipment will rise.

Bitcoin Mining for Everyone?

All these calculations and variables make Bitcoin mining a complex endeavor, but it wasn’t always as complicated as it is now. When Bitcoin just came out, anyone who wanted to run the software on their computers could mine coins with that same machine. An average laptop would have been enough to mine and get rewards that were substantially higher back then but were worth significantly less in terms of fiat.

Nowadays, Bitcoin mining is not an activity that anyone can engage in. This is not due to the technical complexity of mining per se – although it is not the simplest activity to engage in – but rather due to the costs associated with it. Nevertheless, if you have access to cheap electricity, and a suitable location for the mining equipment, you might want to give it a shot. Just remember, it might be more profitable to buy Bitcoin directly instead of buying Bitcoin mining equipment and operating it.