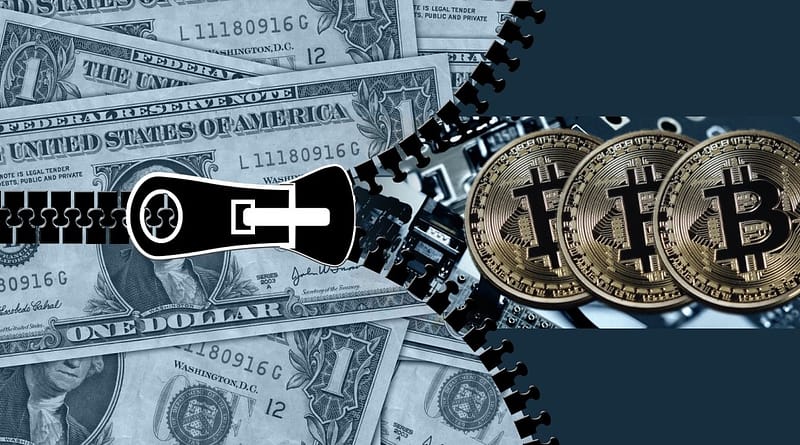 Bitcoin was created as a medium of exchange. Then many other cryptocurrencies followed, fulfilling the same principle, adding countless features that cater to specific needs. But just as any other medium of exchange – or currency – in the traditional economy, people need to be able to exchange it for the currency they have in order to enjoy its advantages. Simply put, if you go to a foreign country you might want to buy some of the local currency, so you go to an exchange. If you are entering the internet of money, then a Bitcoin exchange or a cryptocurrency exchange is the place you want to go to be able to get some of that local currency. So, are Bitcoin exchanges just like a regular currency exchange? Is there anything else to them? How do they operate?

The initial goal of Bitcoin exchanges was to provide a bridge between the fiat world and that of cryptocurrency. Bitcoin itself was not built to be exchanged for fiat per se, but this need developed especially after mining became more challenging. As soon as people began trading on these Bitcoin exchanges, the price volatility of this new asset became evident, and the traders started trickling in.

As such, many Bitcoin exchanges nowadays look more like traditional online trading platforms, with charts and many other trading tools that are common in online trading accounts. The slow trickle of traders coming into these exchanges became such a healthy flow of users, that some of these Bitcoin exchanges no longer offer the possibility of trading fiat for cryptocurrencies at all. Instead they focus on crypto assets only.

The pace of change and the volume of users coming into these Bitcoin exchanges, brought its own set of perils. With Bitcoin, possession of private keys is the law. Therefore, users who leave their coins in their accounts on a Bitcoin exchange or on any type of cryptocurrency exchange, are trusting a third party – an intermediary – with their funds. This is against the philosophy of Bitcoin, which allowed us to take control of our money completely and eliminate intermediaries.

Users coming into the space looking for fiat profit, were not necessarily aware of this. Some of them were probably not interested in understanding the particular characteristics that made Bitcoin and other cryptocurrencies so special and so allergic to trust in third parties. This resulted in bloated Bitcoin exchange accounts with millions of dollars in the hands of a few who might be vulnerable to all kinds of attacks. The amount of wealth concentrated in exchanges, inevitably caught the eye of hackers who have been exploiting underlying vulnerabilities for years now.

The consequences of these dynamics have tested the limits of government regulation, while thousands of users have lost their funds. Here are some of the most infamous Bitcoin exchange hacks that have left a mark on the industry:

Other Bitcoin exchanges have fallen due to hacks. Trusted exchanges such as Cubits and Cryptsy have also fallen victim to hackers and swindlers. Even a lack of proper data custodianship can bring an exchange down, which is what happened in the case of Quadriga CX. These Bitcoin exchanges left their users scrambling for any legal recourse available to get as much money as they can, back.

The lesson that anyone in the space should learn is that private keys and funds are better kept off the exchange. Many exchanges, however, have been strengthening their security protocols, allowing users to engage in the lucrative trading business. In any case, traders in the space must incorporate hacking risks into their calculations, because it is impossible to trade without leaving funds in an exchange account.

Potential profits are undoubtedly worth the risk for those who know how to trade. There are countless stories of people who left their day jobs after becoming successful cryptocurrency traders.

So, Can I Still Use a Bitcoin Exchange Just to Buy Bitcoin?

With the metamorphosis that Bitcoin exchanges went through, becoming trading platforms for crypto assets, while catching the attention of malicious actors, do they still fulfill the initial function they were created to fulfill? The answer is unequivocally yes. Anyone interested in buying Bitcoin with fiat can do so through an account at an exchange that supports fiat deposits and withdrawals.

The following exchanges allow users to buy and sell Bitcoin as well as other cryptocurrencies using fiat:

A Word of Advice

There are many more Bitcoin exchanges out there. Despite all those that have succumbed to hacks, new exchanges emerge all the time. Now there are decentralized exchanges as well, which reduce the likelihood of a hack since they allow each user to store their funds on their own wallets, in a decentralized manner. These have become more popular, although they can’t quite offer the same kind of service that the centralized exchanges do because the funds are not immediately available for a trade at all times.

In any case, whichever exchange you choose, make sure to do your own research about it. Look at your preferred Bitcoin exchange’s reputation, use independent sources and acquaint yourself with how it operates to see which advantages and disadvantages it has. If you want to use it like a classic exchange, to buy Bitcoin or other kinds of altcoins but not to become an active trader, make sure you move your funds into a wallet in which you control your private keys as quickly as possible. If you are going to trade actively, look into the kind of security the platform offers. Minimize your risk through the acquisition of information and enjoy all the benefits that your preferred kind of Bitcoin exchange offers.