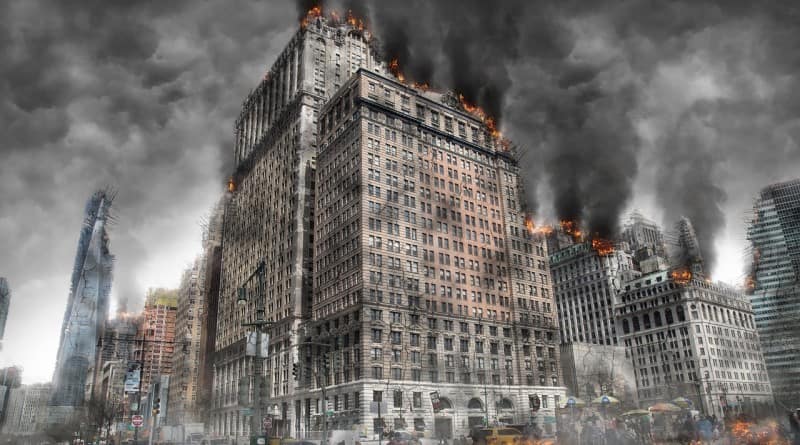 Everything you need know about the dreaded 51% attack or MArjority Hashrate Attack on a cryptocurrency network.

One of the most complex yet theoretical problems that a blockchain like the one that Bitcoin employs, could face, is the 51% attack. Such an attack – also referred to as a majority attack – would allow miners who control more than 50% of the mining power in the network, to reverse, alter or otherwise tamper with transactions. There are, however, many myths, half truths and hyperbole surrounding the 51% attack. We will explore some of them in an effort to establish what is fact, what is fiction and how prevalent the risk of a 51% attack on Bitcoin really is.

What is a 51% Attack on Cryptocurrency?

To understand how a 51% attack might be possible and what it is exactly, it is necessary to understand a few basic concepts:

A 51% attack is an attack on a blockchain based cryptocurrency network where the attacker controls at least 51% of the mining power (hashrate) that allows them to reorder transactions, reverse their own transactions and prevent other transactions from confirming.

Implications of a 51% Attack

The scope of the 51% attack on Bitcoin and on any other PoW coin is so limited that there are no other ways to profit from the attack apart from double spending. During a 51% attack, the malicious actor cannot do the following:

The technical side of a 51% attack must be paired with an advantageous strategy founded in game theory to be successful. Ultimately, even if a malicious actor can control more than 50% of the mining power of any given PoW coin, it cannot capitalize on the attack unless credibility in that blockchain is restored. Therefore, these attacks cannot last for too long even if successful. Otherwise the monetary value of the asset associated with the blockchain that is under attack, will plummet.

51% attacks are also costly. They require the accumulation of hashing power, which involves investment in capital – computers – and energy – electricity essential to make the computers work. If the cost of attaining the amount of computing power needed and the cost of energy are low enough, it might be worth it to launch an attack. That is, if the attack itself doesn’t damage credibility in the blockchain that is being attacked to a point at which the attacker’s bounty becomes worthless.

This means that attacking a coin that has the monetary value necessary for a worthwhile attack is:

51% Attacks on Bitcoin are Virtually Impossible

A 51% attack on Bitcoin for example, is considered to be highly unlikely. Bitcoin is one of the most profitable – if not the most profitable – PoW network to mine in. This has attracted thousands of miners who combine their efforts through mining pools. It is difficult to pool enough individual miners together for a 51% attack. Individuals attempting the attack would have to invest millions in equipment and electricity for a 51% attack that is so limited in terms of its time frame, that it is better to invest the money elsewhere.

Bitcoin’s protocol also protects it from a 51% attack. If there is a successful attack on Bitcoin and the attack is prolonged, nodes can decide to fork. Such a fork would entail changing the protocol to “fire” current miners and “hire” new ones, which effectively gets rid of the attacker.

If miners somehow muster the computing power needed for a 51% attack on Bitcoin, the incentives are against them. Not only would they have to put a lot of money up front. They could also get “fired” and they could damage the reputation of Bitcoin so badly that the coins they can accumulate through double spending would be worth significantly less. This is why the Bitcoin Wiki article on weaknesses categorizes the 51% attack as “probably not a problem.”